WFTU: "ITALY: Big mobilization in the general strike on September 6" 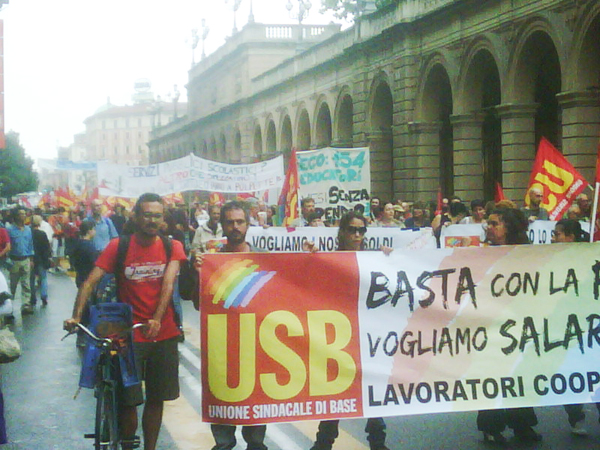 The general strike called for September 6 by the USB (Unione Sindicale di Base) and other names of the independent and autonomous trade unionism against the government austerity measures, was followed by thousands of workers throughout Italy, who filled the streets and squares in mass demonstrations and led to the blockade of transport and the closure of many public offices.

The workers joined the strike massively in sectors such as public transport, schools, hospitals, public administration and certain industries such as FIAT.

The WFTU expressed its solidarity and support to the Italian workers in this struggle.