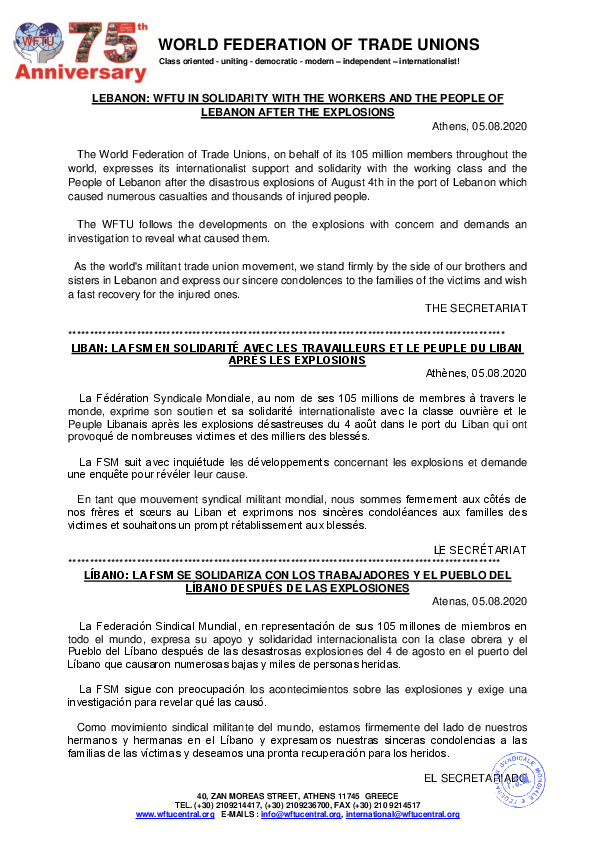 The World Federation of Trade Unions, on behalf of its 105 million members throughout the world, expresses its internationalist support and solidarity with the working class and the People of Lebanon after the disastrous explosions of August 4th in the port of Lebanon which caused numerous casualties and thousands of injured people.
The WFTU follows the developments on the explosions with concern and demands an investigation to reveal what caused them.
As the world's militant trade union movement, we stand firmly by the side of our brothers and sisters in Lebanon and express our sincere condolences to the families of the victims and wish a fast recovery for the injured ones.
THE SECRET