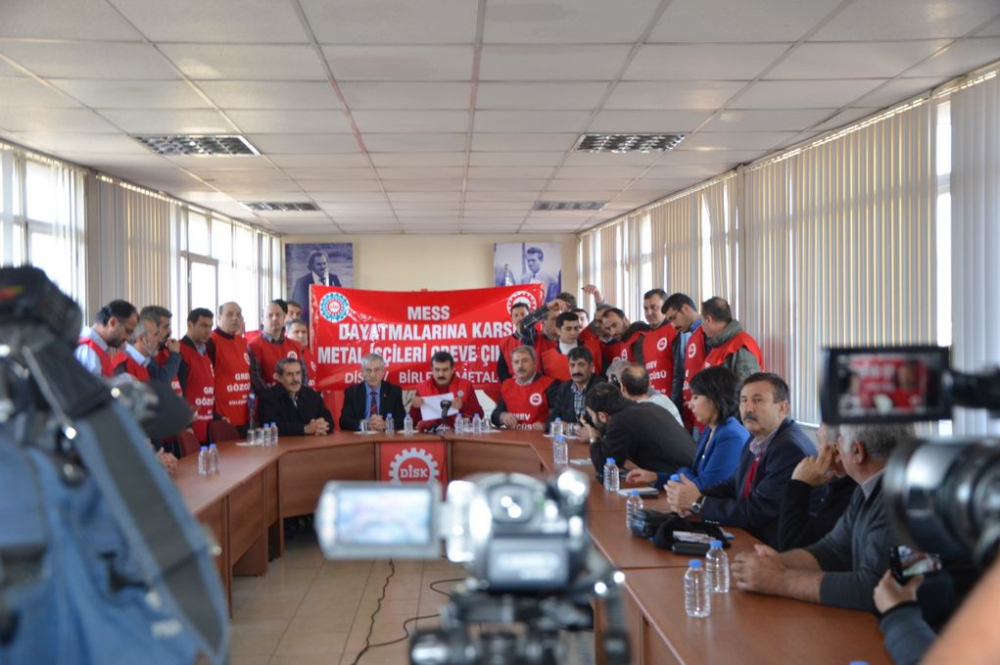 The World Federation of Trade Unions expresses its solidarity to the metalworkers in Turkey and the DISK-Metal Union in their strike action which started on January 29th, 2015. The strike covers some 40 workplaces with 15,000 workers in Turkey’s metal industry.

The WFTU representing 90 million workers in 126 countries demands from the Government of President Recep Tayyip Erdogan to end its authoritarian undemocratic and anti-people’s practices. We ask the Government and the Employers to respect the right to strike and fulfill the workers fair demands in order for the need for this strike to be withdrawn.