USB supports PAME and its strike against Anti-Trade Union Attack 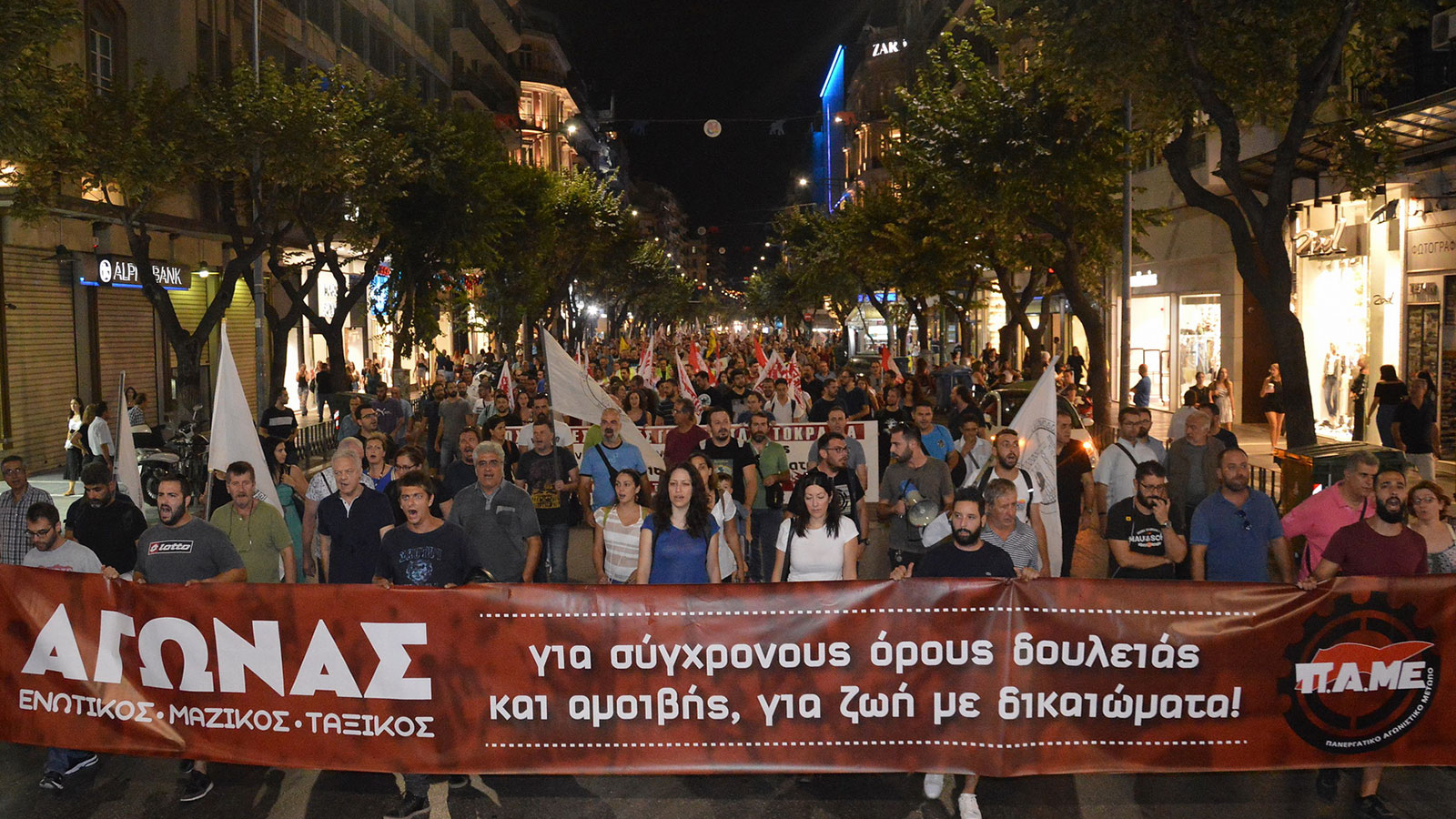 
The new Government of ND, using the anti-trade union legislation of the SYRIZA Government, wants to impose electronic registry for all union members, thus giving the employers, the police and the state the information of all militants and union members. Also they want to abolish the collective procedures of the unions, by imposing e-voting for all union decisions.

On the other hand the trade union mafia of the GSEE leadership, at the beginning tried to silence any protests and then to present the measures as positive. When their attempts failed they started a plan to confuse and divide the response of the workers by calling for strike in some sectors and areas on September 25, although many federations and regional unions have already declared strike for September 24.

Against such tactics PAME calls the workers and the unions to respond to the Employers’-Government’s attack against Trade Union rights and freedoms with a unified, militant class response and NATIONAL GENERAL STRIKE ON SEPTEMBER 24.


In Italy is these days the signing of an agreement by Cgil Cisl and Uil, on data collection to define the representativeness of trade unions hides.
A further step to arm the representation of workers to the only organizations accomplices.

An act that will serve to prevent trade union pluralism and the possibility for each worker to choose the union that best represents him.

An act to prevent conflicting unions from fighting for workers rights.