USB Solidarity with the general strike of workers in Greece 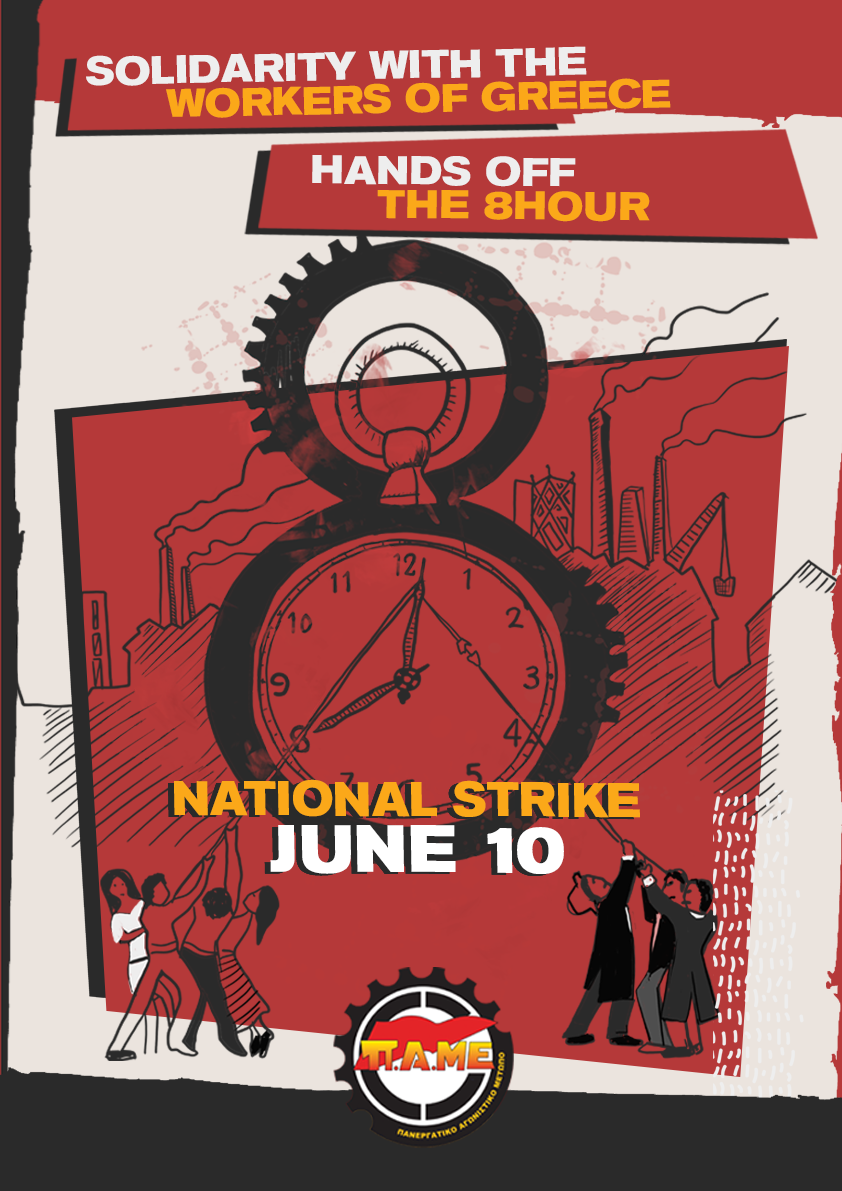 against the barbaric new bill proposed by the Greek Government that will legalize unpaid overtime, with 13 hour daily work, 7days a week.

The new bill also will impose a series of restrictions and obstacles to the function of the unions and the right to strike completely abolishing the right to Collective Bargaining.

We, as class oriented trade unions, have to co-ordinate our actions, to connect our struggles, to response to this attack.

USB substains the militant movement of PAME and the class unions of Greece and the General Strike they called, denounces the anti-workers bill of the Greek government, expresses solidarity to the general strike of the workers of Greece.