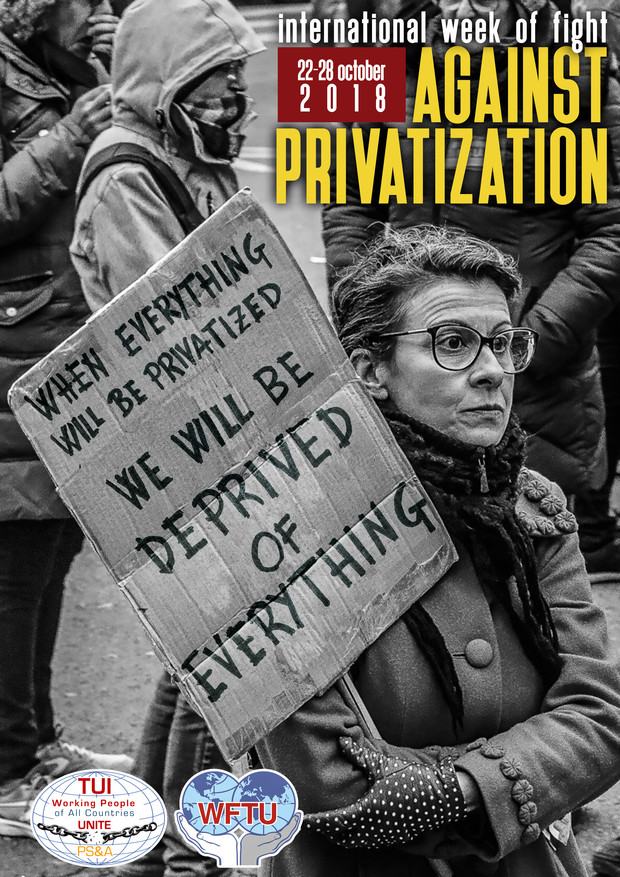 TUI, Trade Union International - Public Services and Allied, a global trade union organization with its 23 million members worldwide affiliated to the World Federation of Trade Union, organizes INTERNATIONAL WEEK OF FIGHT AGAINST PRIVATIZATIONS that will take place from 20 to 28 October 2018.

This week of protests has its roots on the advancement of privatization and the dismantling of public welfare processes all around the world, with significant consequences in terms of lost of social rights for common people and workers.

TUI and affiliated national trade union will organize initiatives, demonstrations, strikes and other actions to increase awareness on the disastrous impacts of privatizations on workers, peoples and countries, seeking to strengthen the fight to prevent new privatization actions and to reverse those that have meanwhile been implemented.

In Italy, where the Trade Union International of public workers has its headquarters, the initiative will take place as part of the national event "Nationalizing here and now" to be held in Rome on Saturday, October 20 at 2 pm.