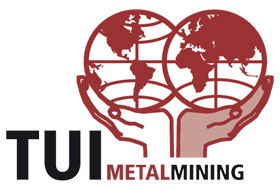 he Trade Union International of Metalworkers and Miners (TUI MM), an affiliate entity of the World Federation of Trade Unions (WFTU), expresses its full support to the strike of the Turkish metallurgical workers of Birleşik Metal-Is, which started last January 29 with the participation of over 15 thousand workers.

For TUI MM, the struggle of the Turkish comrades is fair and representative, since it touches workers of 22 factories in ten cities. By fighting for the signing of collective contracts with better wages, the category responds to recent attacks of entrepreneurs who try to use different subterfuges to prevent any downtime.

We cannot forget the large profits made annually by the Turkish industry, nor the hundreds of workers who are mutilated each year by the lack of safety conditions in the workplaces. Only with the fighting unity will we be able reverse this scenario.

The TUI MM adds itself to the dozens of class-oriented entities to show solidarity to the Turkish metallurgical workers, with the conviction that their struggle is an example for workers around the world.