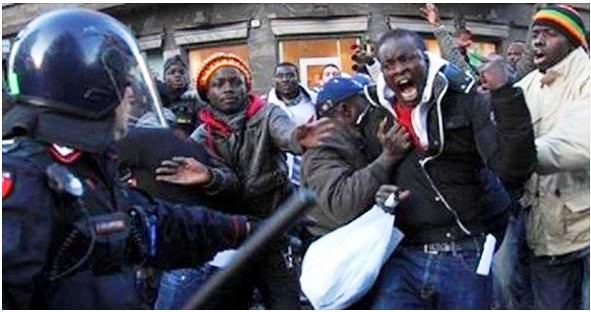 The class trade union Organizations of Europe affiliates, and friends of WFTU, condemn the Hypocrisy of the European Union and the Governments of its Members states which is a provocation to all refugees and the working class of Europe. The EU, USA and NATO who cause the imperialist wars now talk words of sympathy for their victims. They are murderers and hypocrites.

Declaring their solidarity with the refugees and the migrants, the class Trade Union forces in Europe are taking initiatives and organizing militant actions.

In Greece, PAME is holding a militant protest on Wednesday, September 23 condemning the hypocritical Summit of the EU on the Refugees and demands immediate measures for the protection of all migrants and refugees who are uprooted by imperialist wars and poverty.

In Cyprus, PEO organizes a campaign for Humanitarian Aid for the Refugees and will hold an event of Solidarity with the Refugees on September 30th.

In Portugal, CGTP-In is organized on 18 September a public debate on the Issue of Refugees and Migrants in Lisbon.

In Italy, USB along with CISPM, a coalition of asylum Seekers, Refugees and Migrants will be going to hold an International Demonstration in Calais on 25th of September and are calling for a national week of Action on 17-24 October 2015 in Italy.

In Austria, the Left Bloc is organizing a militant protest on October 3rd, on the anniversary of the WFTU declaring the support of the class trade unions to the refugees.

WFTU calls all trade union organizations to take initiatives against the Anti-Refugee policies of the EU. Against racism and xenophobia.
The class trade unions must multiply the initiatives of Solidarity and Support with the Refugees