The USB is alongside the Greek people and of the PAME, conflictual and class union 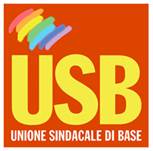 The USB on behalf of Italian workers, the temporary workers, the women, the occupants of houses, the student, the migrants, the jobless, it expresses its broader and stronger support to the PAME and to all the people greek for the general strike of 12 November.

The Greek people are paying harshly the devastating effects of EU policies, the multinational corporates power and the capitalist exploitation to the search of maximum profit.

The Greek people are also paying the grave responsibility of Tsipras government who has not objected to the constraints of the EU and has accepted a new heavy Memorandum imposed by the Troika. This memorandum involves the simultaneous cancellation of labor rights, social rights but also of democratic rights.

The PAME has never stopped to fight against these policies.

It has organized the struggles and conflicts across the country, it has fought against layoffs and factory closures, against the privatization of public services, transport and of all the assets of the country that are the patrimony of the Greek people.

The USB is sure of a great success of the forthcoming general strike in Greece.

The leadership of the PAME in Greece will be able to maintain high mobilization and conflict against the EU and should be an example for all the peoples of Europe subjected to the devastating policies of the EU.