THE RIGHT TO RETURN FOR PALESTINIAN REFUGEES: PUBLIC MEETING 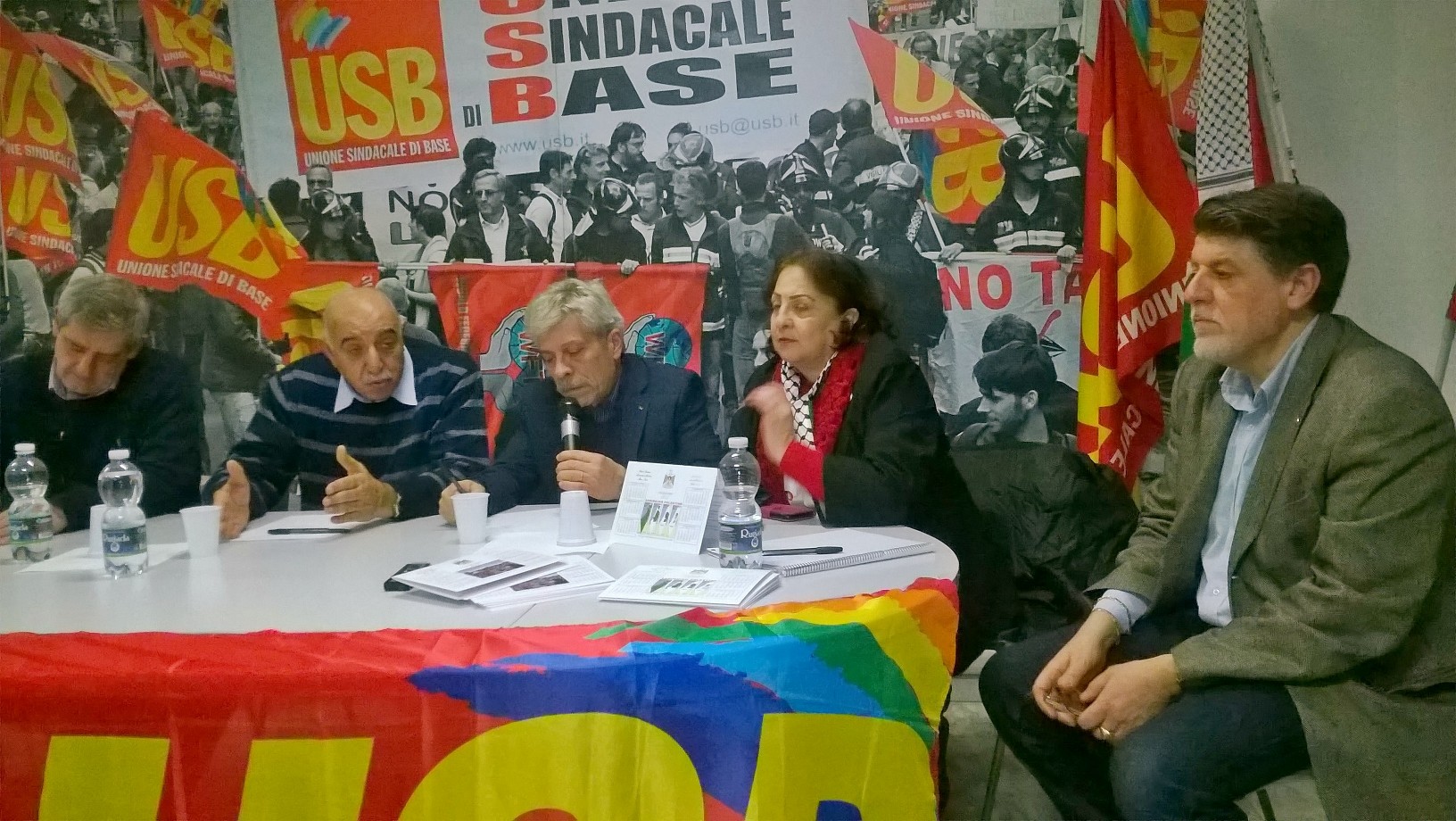 Last Monday, has taken place , a public meeting, called by USB with Kassem Aina, an important historical figure and the Palestinian community, and with the Association Beit Aftal Assoumud working in the fields refugees in Lebanon.

Since 1948, the Israeli occupation of Palestine, forced to flee million Palestinians, more than 400,000 of these live crammed in the Lebanese refugee camps where the very harsh living conditions are added the lack of recognition of the key civil and political rights .

A context aggravated by war and terrorism that have attacked and devastated Syria and Iraq, leading to new waves of Palestinian refugees, Syrians and Iraqis.

In the world there are five million Palestinian refugees who can not return to their homes in Palestine, despite that their right of return is enshrined in the Resolution 194 of the United Nations. A resolution that the various governments of the Jewish state, of every political color, have reiterated they do not want to respect.

The presence of the Association Beit Aftal Assoumud offers an opportunity to reaffirm the commitment and USB's solidarity with the Palestinian people and to deepen the knowledge on the Middle East victim of the interests that divide and intertwine the petro-monarchies, Israel and NATO countries.

The meeting was a success, surprisingly,  Ambassador of the State of Palestine has added to the debate, today more than ever it is important to revive the mobilization alongside the Palestinian people.

The Trump statements on the desire to move the US Embassy from Tel Aviv to Jerusalem require an immediate and resolute response.