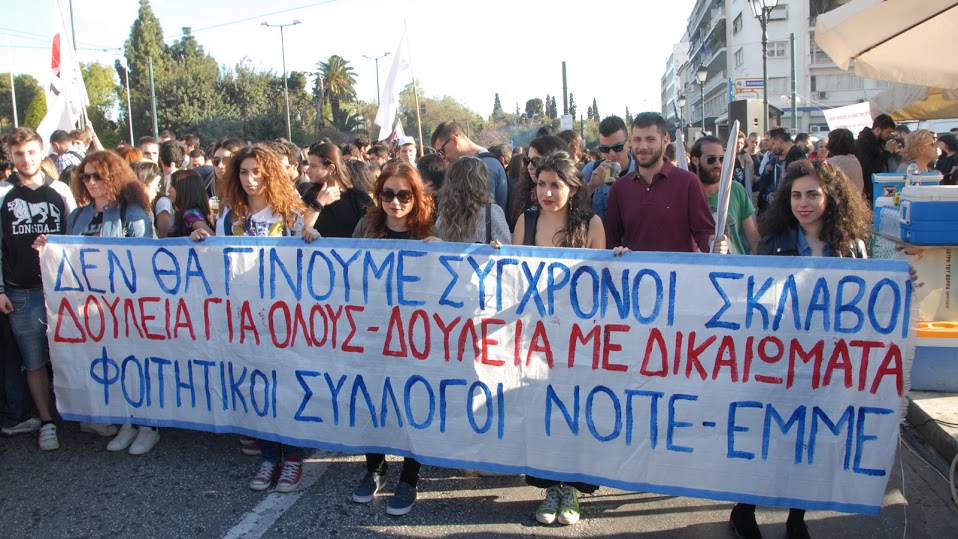 The Great March Against Unemployment that started last week, on April 3rd, reached Athens yesterday, Sunday, April 10, where it was welcomed by the working class and the people of Athens with a big Rally and Concert, organized by the class unions of Athens and the National Union of Musicians.

Solidarity to the March expressed a number of trade union organizations from all over the world and more specifically:

Also, statement of Solidarity was released by the Balkan Trade Union Forum that met in Thesaloniki, Greece, on Saturday, April 9 with the participation of Unions from Romania, Bulgaria, Turkey, Bosnia- Herzegovina, Serbia, Albania, Cyprus, which was hosted by the Greek Federation POEEP.

Photos from the Great March and the Rally in Athens at:
https://plus.google.com/+PamehellasGr/photos