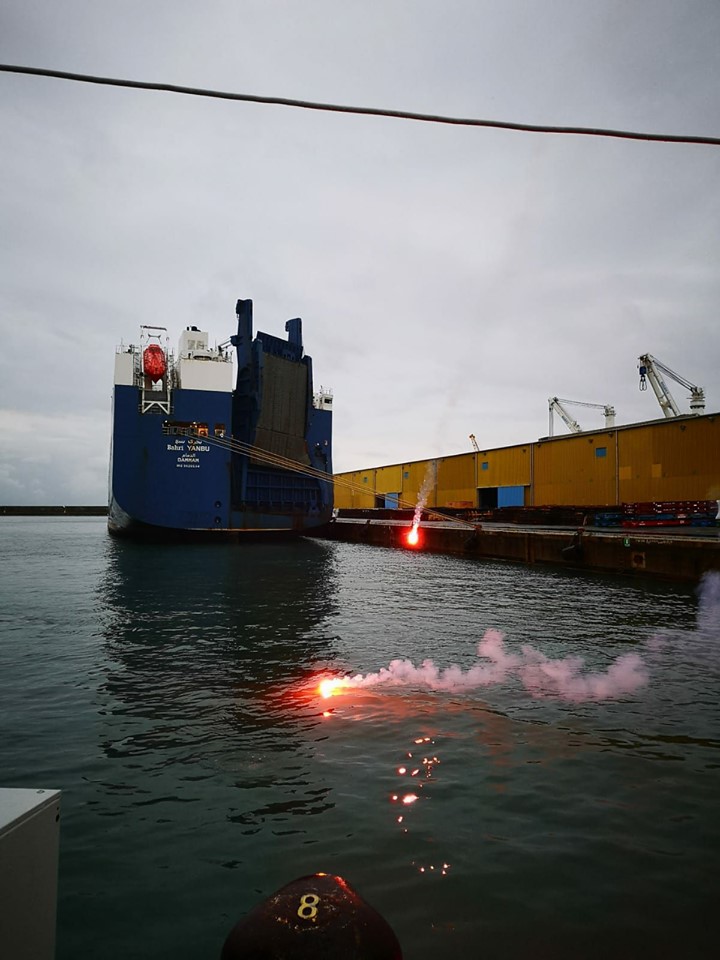 Genova's dockers are on strike (CULMV and GMT workers) today from 6 AM to not charge armies for the saudian navy that will be used for Yemen War.
After the refusal of Le Havre dockers in France and the manifestation in Santander in Spain is a clear message of a part of the workers movement and the antiwar movement against the army business with Saudia Arabia and against Yemen War.
The Genoese mobilization has opened a gap in the veil of hypocrisy that has been encircled by all those who at all levels, in all political and trade union camps, have supported and fuelled the business of war, causing unspeakable suffering to a people who had recently experienced reunification, where cholera has now become endemic, and children die of malnutrition when they are not massacred by the bombing of the coalition, Saudi-led, to which our government, like the French, sells weapons.
The Genoese "camalli" - like the activists in France and Spain before them - show the way, and nail to their responsibilities those who have declared to be by their side and who have deserted this important struggle, and denounce the harmful role that the European Union (and the governments at the head of the states that make up it) plays in the spiral of war because: those who wage war should not be left alone.

Our brothers and Sisters of Yemen will never walk alone!