Stop to the war preparations 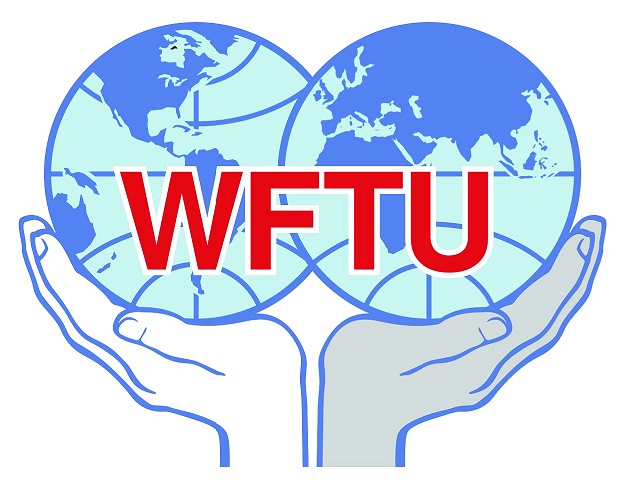 The World Federation of Trade Unions is addressing an international call to all trade unions and to all workers of the five continents to demand the end of the dangerous plans of Imperialists in Southeastern Mediterranean.

The governments of the USA, France and Great Britain and their allies are performing war preparations and threatening Syria and the Syrian people with missile attacks.

Large military forces have gathered in the air, at sea and at land of the Mediterranean. The President of the USA, the President of France, the British Prime Minister, the European Union and the Monarchs of the Gulf are getting ready to attack the peoples, with the false excuse concerning chemical weapons. With the same false arguments they used to attack Iraq.

The exacerbation of the situation and the risk of a generalized military conflict in the wider region of the Middle East must be repelled by the working class.

There is no time for rest or complacency. The world working class faces a great danger. At the same time, all workers have to draw our own conclusions about:
- the dirty role of the majority of the NGOs like the ones that are denounced to have set up the provocation with the chemical weapons.
- the dirty role of imperialists who founded, financed, armed and trained the ISIS.
-  the dirty role of yellow trade union leaderships who supported the imperialist interventions in Iraq, Libya, Lebanon, Syria, and now they are once more justifying the strategies of NATO and of the European Union.

Solidarity and internationalism must strengthen

The World Federation of Trade Unions calls on the trade union organizations to raise their voice against the war preparation. To work for the strengthening of friendship and solidarity among workers and among the peoples. The workers and the peoples of all Continents we are brothers. We don't have differences to separate us. Nor will we accept to become the puppets and servants of the plans and rivalries of the imperialists.