Solidarity with workers to USB for the Strike of November 20 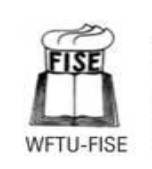 The World Federation of Teachers’ Unions, FISE, member of WFTU expresses its solidarity with the workers in education and public services in Italy and the trade union organization USB for their Strike in Public Services on November 20.

The workers of Italy are facing an attack to their wages and pensions, they face the privatizations of Education, Healthcare, Social Security and new attack against trade union rights and the right to Strike. Such measures are imposed to support the interests of the Business Groups. This attack that proceeds in all countries of Europe shows that the workers in every country have common enemies the Capital, the Government and the political parties that serve it, and the European Union.

The struggle for labour and social security rights of the workers is associated with the struggle of all workers in the public and private sector for a public and free education.

With militant greetings,
THE SECRETERIAT