Solidarity Message of PEO Cyprus with USB-Italy for the 15th of December day of action against the decree of Salvini. 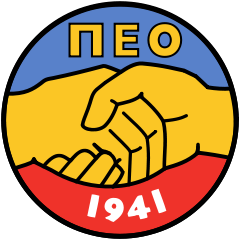 On behalf of the Pancyprian Federation of Labor PEO Cyprus we express our solidarity with USB Italy in the struggle and mobilization on the 15th of December against the policies of the Italian government and the decree of Salvini.

The European Union bears huge responsibility for the uprooting of millions of people because together with the United States and NATO supports or participates in wars and interventions that have led to destabilization in the Middle East and North Africa. On the other hand, as result of the European Union anti- immigration policies , people who left their countries in order to escape from the imperialist wars and poverty they face repressive mechanisms, the walls and fences, the imprisonment in camps and deportation.

These policies promote racism and xenophobia and open the way to fascist – ultra right wing forces. We need to struggle against nationalism that is dividing working people against racism and xenophobia, which enables capital to intensify its exploitation to the detriment of workers, to fight against imperialist wars.

The class-based trade union movement in Europe must express solidarity with the refugees and migrants and must demand measures for the creation of dignified reception and integration infrastructures for refugees the regularization of migrants and refugees, the end of deportation.