Solidarity and the full support to USB comrades 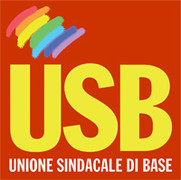 We heard about the news of pressing charges against USB leaders because they protested against the killing of comrade Abd El Salam on September 14, 2016. Members of the Trade Union of Employees of Agriculture of Serbia are sending full support to USB leaders in their fight! It's high time persecution of trade union leaders stopped.

Right to strike is a fundamental trade union right which mustn't be compromised in any way! Freedom for trade unionists!

The Autonomous Trade Union of Employees in Agriculture, Food, Tobacco Industry and Waterworks of Serbia