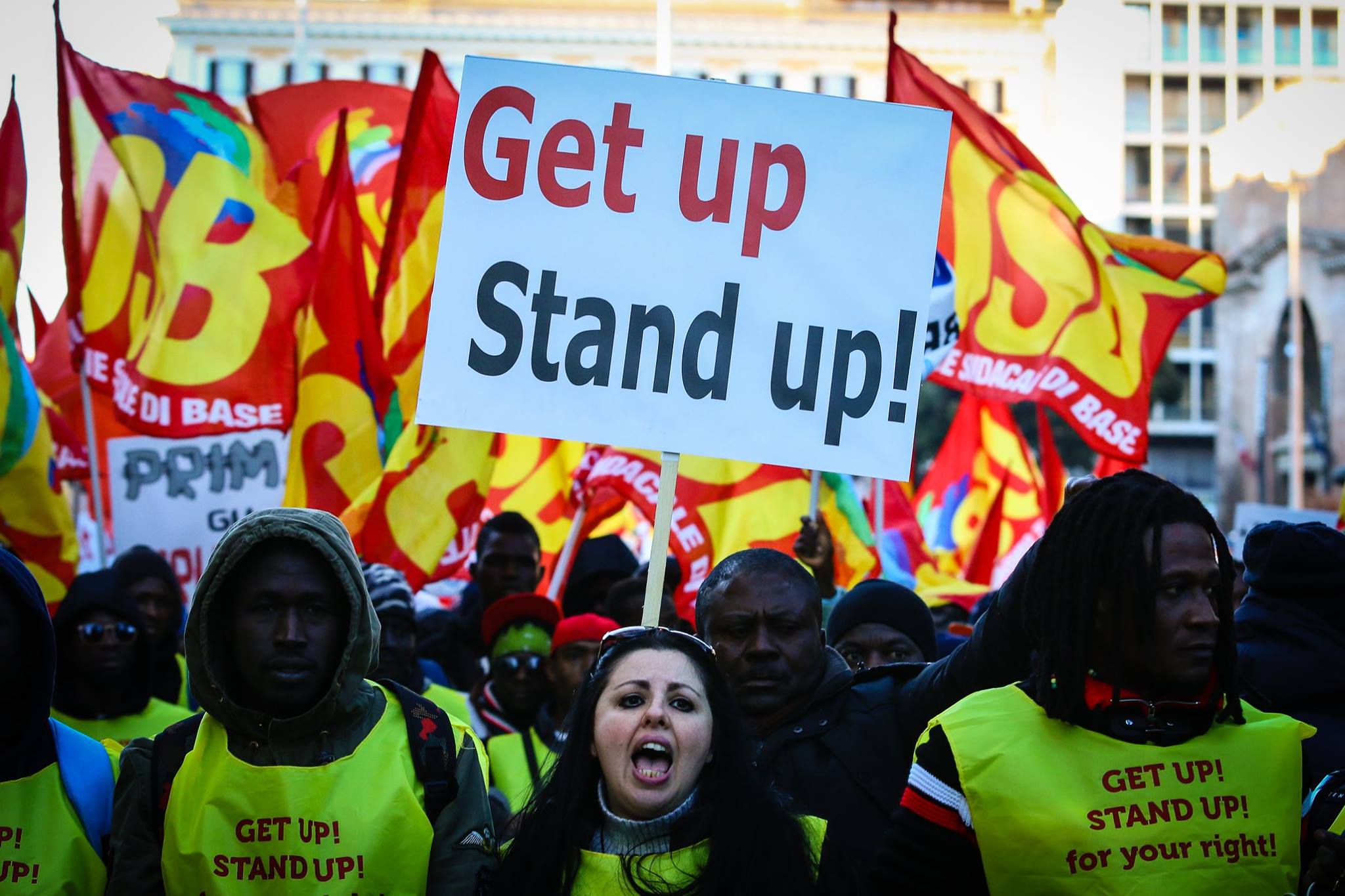 We were thousands in the demonstration in Rome, under the slogan Get Up Stand Up for your rights. Thousands of migrants, but not only.

USB supported and participated in this event that saw in the square not only those who ask for hospitality but workers, precarious, exploited, underpaid, workers of the countryside and logistics.

Today in Italy, on the subject of anti-racism, from a moral point of view, we have already lost, the path that, as USB, we carry forward is that of class recomposition. By building struggles and taking workers, precarious workers, pensioners, students and migrants to the streets to fight together against the policies of exploitation of national governments and the European Union. And this was the demonstration on Saturday against the security decree.

Many slogans about the name of Thomas Sankara, banners and slogans "slaves never" of our struggles in logistics and laborers, "stop war", many wore yellow jackets to show solidarity and support for popular mobilization in France.

Another step in our struggles.