PAME-Massive and Strong Response to Imperialist Aggression and State Oppression 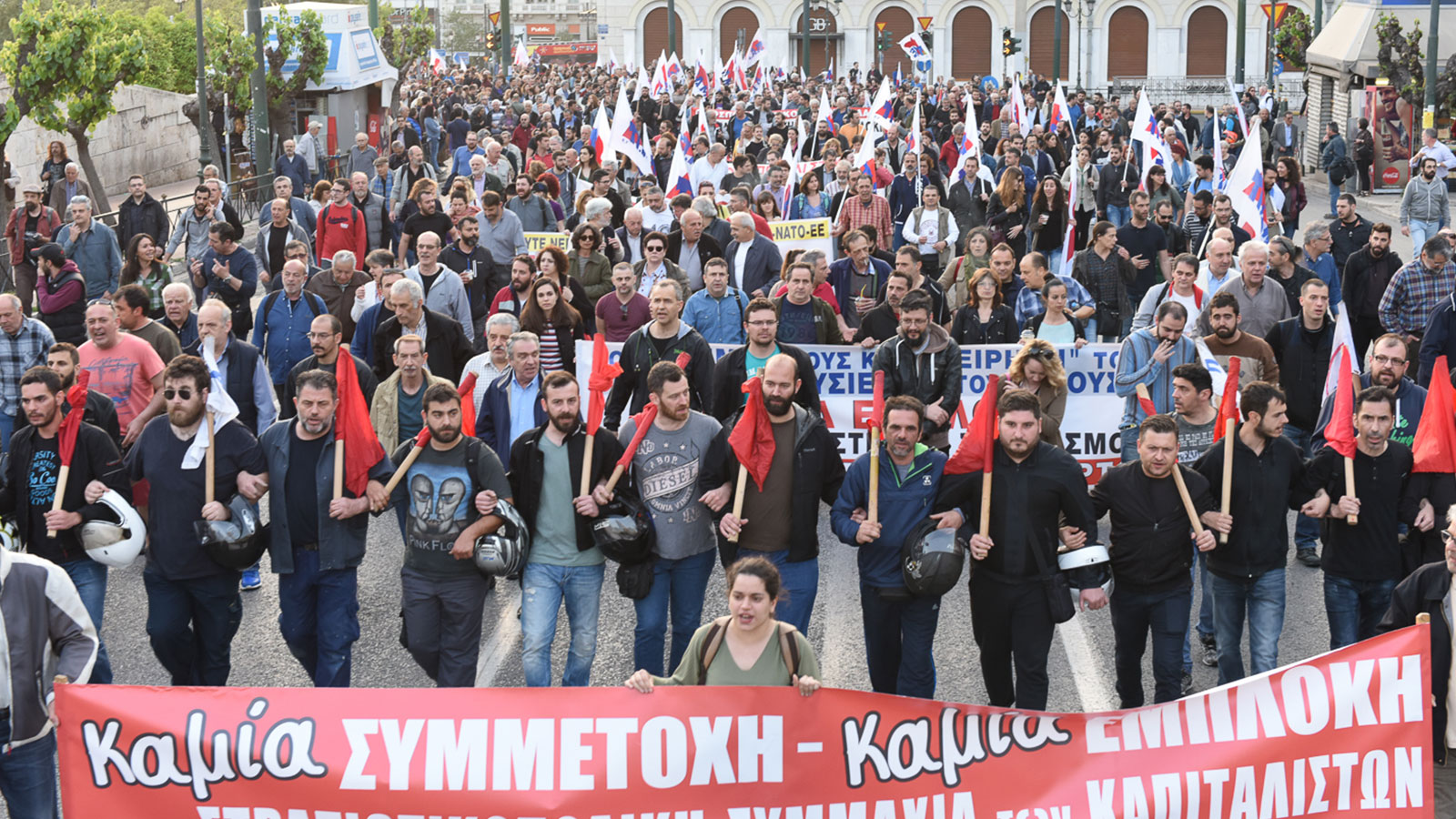 On Tuesday, April 17, unions, workers and students rallied in thousands outside the Courthouse of Athens in solidarity with the arrested young militants, who were injured, kidnapped and arrested during the antiimperialist demonstration of Monday, April 16. When the arrested militants were brought to the courthouse, they were welcomed with slogans against imperialism and applause of support and “booed” the police.

In spite of no evidence against them and that they were in fact assaulted by the police, the arrested militants are accused with very heavy charges and were given trial date for April 25. They were set free, pending trial.

It is important to note that at the same time police were searching hospitals for injured protesters to arrest them also, but they were sent away by the doctors and hospital workers’ unions.

In the afternoon PAME held massive antiimperialist rallies in many cities. In Athens the rally demonstrated in front of the Greek Parliament and thousands protesters rallied outside the embassies of the UK, France and USA. PAME stated:

“With today's rally, we are protesting our opposition and condemn the new imperialist intervention. We know very well –in spite of the pretexts, if they lie or not, as they did each time - that the real causes of these interventions are the fight to control the rich sources and their transport routes. It is to clear the field among huge monopoly groups about who will make more profits from oil, gas and transportation. They do business with conventional, unconventional, intelligent, chemical weapons that kill whole peoples in order to secure their enormous profits and use such pretexts as an excuse. This drama has been living the Syrian people for the past 7 years and other peoples throughout the planet. Their bombs, whatever their composition, whatever they call them, they are killing. Trump-May and Makron are also murderers of the peoples.”