PAME condemn the Murder of Migrant Unionist of USB in Italy 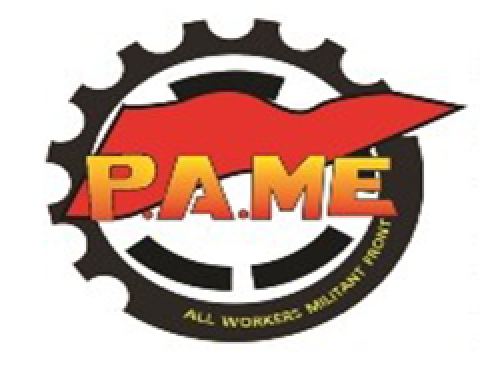 We Condemn the Murder of Migrant Unionist of USB in Italy
Proletarians of All Countries Unite
PAME condemns the murder of migrant worker Soumaila Sacko, a member of the USB Italy
trade union organization that was shot Sunday night on June 3.
Soumaila Sacko was a USB fighter at the forefront of the struggles for the rights of over 4,000
migrant workers in the Calabria fields. The unionist was shot on Sunday night while he and
other immigrants were looking for materials in an abandoned factory, by a man who stopped
his car and shot four times in cold blood. One of the bullets found Soumaila Sacko in the head,
killing him, while two other immigrants were injured. Immigrants at that time were looking for
materials for their huts in the neighboring ghettos of San Ferdinand, which was the target of
attack on January by far-right organizations.
The USB denounces the motivation of the murder to be the black skin of immigrants, and that
this attack took place only a few hours after the racist statements of the new interior minister of
Italy and head of the far right Lega, Salvini.
USB, a member of the WFTU in Italy, responded to the racist assassination with General
Strike in the Calabria fields and a National Rally in Rome on 16 June.
PAME expresses its Solidarity in the struggle of Italian and Immigrant workers against the
common enemy, which is the system that generates poverty, wars, exploitation, and racism.
We express our warm condolences to the comrades, friends and relatives of Soumaila Sacko
to the USB.
Greece, Athens June 4 2018