On the side of the Cuban workers and their legitimate government

Below is the statement from the Cuban Workers' Central 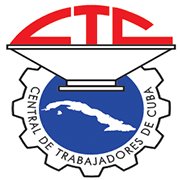 On the side of the Cuban workers and their legitimate government.

At the side of the Central Workers' Union of Cuba, a union that with us is part of the FSM.

No to foreign interference and the U.S. embargo.

Usb is mobilizing, in all cities, in defense of socialism and the sovereignty of Cuba, affected by yet another U.S. offensive. We express our solidarity with the people and government of Cuba and we will be in the streets in every city, in defense of a legitimate government.

It has been a little over a year since Cuba has shown the whole world, and particularly Italy, what it means to be a country that puts the health and lives of its citizens first instead of profit.
It has demonstrated this through the very low numbers of the pandemic impact on the island, but it has also materialized the true essence of internationalist solidarity, intervening with its own medical personnel to support one of the richest regions in the world, Lombardy.

It has demonstrated this by developing a series of vaccines produced by national and public pharmaceutical companies, at the service of the people, through the decades-long development of public research that fulfills its social function.

Cuba, never as in this last year, has shown to the whole world what a country it really is, despite the difficulties due to a terrible economic blockade that has been prolonged for more than 60 years now, further worsened by the Trump administration and maintained by the "Democrat" Biden, who has also added the current media offensive, supported by Cubans and pre-empted Latin Americans.

The Western governments and mass media that assist this shameful campaign should be ashamed.

We are and will be every square and always in defense of the Cuban people and government.

Statement by the Central Workers' Union of Cuba

The Central Workers’ Union of Cuba and its national trade union branches vigorously reject the acts of disorder that took place in several cities supported by a media campaign that seeks to impose an opinion matrix aimed to discredit the governance of the Cuban Revolution.

The U.S. government is committed to cause a social outbreak in Cuba from the escalation of the economic, commercial and financial blockade and the adoption of 243 measures passed during Donald Trump administration which hinders the progress of the country's development programs affecting the welfare of the workers and their families.

The Trade Union Movement expresses its firm support to the revolutionary and patriotic response of our heroic people and ratifies its commitment to the defense of the Revolution, maximizing the growth of efficiency in the production of goods and services that satisfy the demands of the people.

We denounce the campaign of “humanitarian intervention” that are intended to develop, driven with the pretext of the situation generated by the pandemic and the objective limitations caused by the economic war imposed to us. The Cuban women and men know their true purpose and we express that we do not want such “help”. What Cuba needs is to remove the blockade.

We thank trade union organizations and friends all over the world for messages of solidarity and support with the encouragement that we keep up hoisted with dignity the flags of independence, sovereignty and freedom that so much blood has cost of the best sons of the Fatherland. The combat order is given.