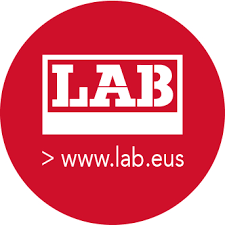 LAB, class oriented trade union from the Basque Country expresses its support and solidarity with USB Italy and the Italian working class. LAB expresses as well its denounce for the strike right violation in Italy.

LAB, trade union from the Basque Country supports and joins the following actions called by USB:

11 April Conference in Rome on the right to strike and trade union democracy open to political forces, with labour lawyers and legal experts.
12 April day of struggle in defense of the right to strike in all cities, with demonstrations and strikes in industry, logistics, trade.
13 April national assembly of cadres and delegates USB.
10 May general strike of all workers of the Public Services and School.
17 May general strike of the Transport sector.


LAB, on behalf of Basque class trade union movement expresses support and solidarity with USB and Italian workers in struggle. Your struggle is our struggle. In this important moment in the country is very necessary a strong workers movements and trade unions. Only the organized working class can achieve its objectives, and only the struggle can become free the working class. We hope that this struggle will be a massive working class demonstration in Italy.