June 27th, take to the streets for Palestine 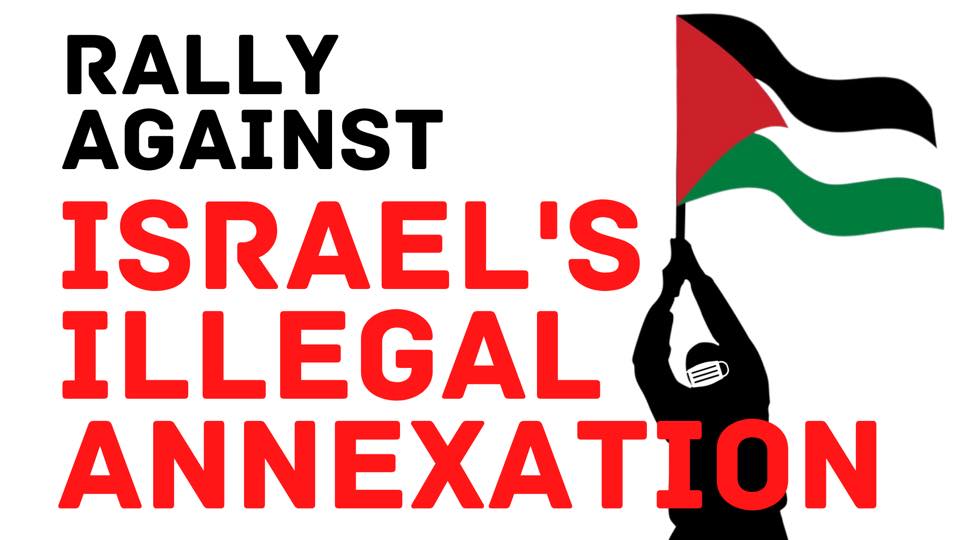 USB invites its members to support the mobilizations alongside the Palestinian people, which will take place next Saturday, June 27 in many Italian squares.

USB has always supported the struggle of the Palestinian people for their emancipation from the state of segregation in which they have been forced for over 70 years at the hands of the Israeli Zionist entity.

Through the World Trade Union Federation, of which USB is a part, many of our delegates have directly participated in the struggles and mobilizations in the West Bank, Hebron, Ramallah, Nablus and Jenin, touching the ferocity of the Israeli occupation.

Today we are at a further turning point, which aims to reduce the Palestinians even further into a state of genuine slavery, in order to encourage their exodus, to carry out the crazy project of a land free of Arabs and occupied by Jews alone.

The Israeli Government is preparing to annex large parts of the West Bank in a violent manner, and completely illegal under international treaties, from 1 July next.

A date that risks marking a step forward in the historic process of oppression of the Israeli state against the Palestinian people.

In these months of mobilization the Palestinians have decided to fully share the struggles of the U.S. people against racism, taking the watchwords “Palestinian Lives Matter” and “I can't breathe”. A solidarity, also in this case, not generic, but directly linked to the same condition of racial persecution - the Afro-Americans as the Palestinians - and of continuous tortures and murders that affect the inhabitants of historical Palestine in their daily lives, without any reason other than the genocidal will of the Zionist governments.

Peoples oppressed in the same way in different latitudes, which to racial hatred must add abandonment in the face of the corona virus pandemic.

On 27 June we will join the mobilizations that will take place throughout Italy, taking to the streets to demand freedom and justice for the Palestinian people.

Their struggle is the struggle of all oppressed peoples!