Italian elections: pro-European neo-liberalism loses, the sovereignist right wins. But the course of the next government is set....by the EU! 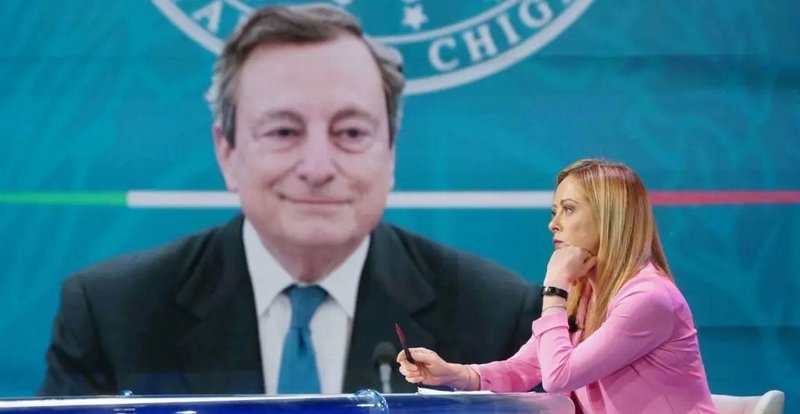 The results of these elections had long been announced in the polls and are the result of long-standing processes.

Fratelli d'Italia won, a party that is the direct heir of fascism, but in recent years has aligned itself perfectly with the diktats of the EU, NATO and big business. A post-fascist party that had already governed with Berlusconi.

Certainly authoritarianism in the management of social conflict, in the area of civil rights and women's rights, against migrants and second generations will be the banner of this government, and many measures already in place, launched by centre 'left' governments, will be further exacerbated.

But the main thing is that Meloni will push forward the Draghi agenda, the fiercest neo-liberalism, Italy's pro-Atlantic positioning, the war in Ukraine and in Italy the war against the poor and among the poor.

The Meloni-led government is therefore preparing to govern under the banner of the continuity of the policies dictated by the European Commission, both on the foreign policy and NATO rearmament funding front, and on the economic policy front.

Von der Leyen's statements on the Italian elections, before the results, were very clear: "If things go in a difficult direction, we have the tools to act.

A government that will have to deal with an economic situation that will become increasingly dramatic: inflation at 10% that is causing a generalised increase in the cost of living, wages and pensions that instead of increasing are decreasing, leading to a persistent social malaise, a pandemic that has not yet been defeated, and sanctions against Russia that are having a boomerang effect on our economy, with hundreds of thousands of redundancies in the most energy-intensive companies.

The big question of wages,  rise in prices and bills will therefore be the next government's test.

Once the election hangover will be  over, reality will return with all the serious problems listed, and the right-wing government will find our trade union organisation on its way.

The USB has already proclaimed a general strike for 2 December. We do not yet know how the next government will be composed or what specific decisions it will take, but from their programme and the election campaign that has just ended, the line of march is drawn, and it will be strongly anti-grassroots. That is why it is necessary to build the largest possible mobilisation.

Struggle is the only road to change

Lower the guns - raise the wages.