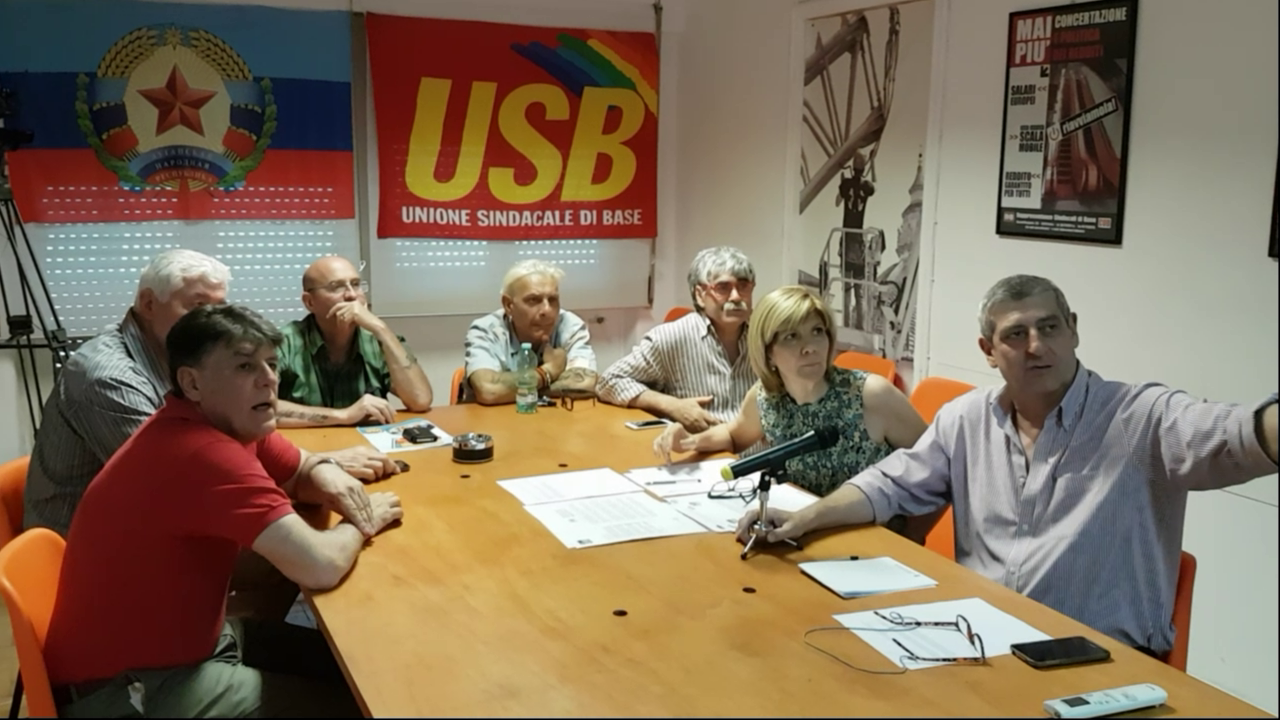 30th June it took place a Skype conference among USB – International Department - the General Secretary and some members of the Trade Union of the People's Republic of Donbass. The meeting was also attended by members of the “Caravan to the Donbass” and of the band "Banda Bassotti".
The meeting, which lasted about 1 hour, had as its object the repression of the Ukrainian Government towards international Trade Unions that support the workers and the Donbass peoples with militant solidarity

Last episodes of Ukrainian government repression are the incrimination of Pierpaolo Leonardi, USB and General Secretary of the TUI PS&A, for illegal access to Ukrainian territory when he went to the Democratic Republic of Lugansk, and the formal protest against the Austrian Government to have hosted in Vienna the European meeting of the Secretariat of the WFTU in which participated a trade unionist of Lugansk.

USB reiterated its intention to strengthened the internationalist solidarity with the trade union and the workers of Donbass and has formally requested a member of the Secretariat of the Trade Union in Lugansk to come to Italy for a Conference tour in Italy's major cities.
The visit will take place from 22 to 29 July 2016.