Great success of the laborers' strike called by USB 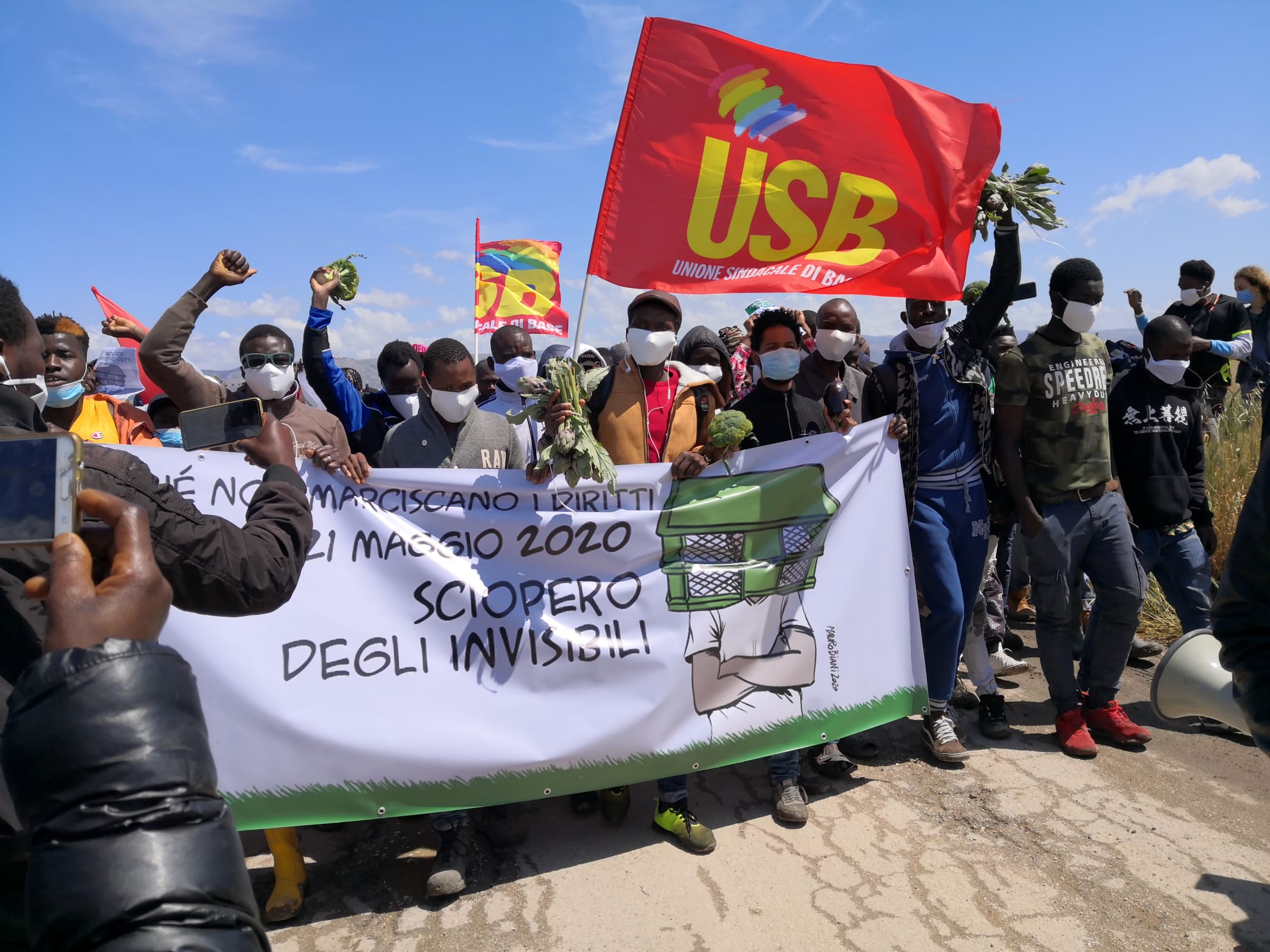 USB to the government: review the rules on regularization or other mobilisations of the invisibles will follow.

The strike of the laborers called by the USB Agricultural Workers against the failure to regularize all the invisible had an extraordinary participation.

Deserted fields, solidarity also by farmers who turned off their tractors and consumers who stopped the trucks, making the strike of fruit and vegetables shopping.

Many demonstrations organized in front of the prefectures of cities for the delivery of agricultural products.

The main event was the rally of the Invisibles that from the settlement, near Foggia, has crossed the countryside.

A delegation then reached the Prefecture of Foggia, where - despite the police prevented the workers from reaching the entrance - fruit and vegetables were left for the Prime Minister.

At the end Aboubakar Soumahoro took stock of the day, explaining the main points of the protest to the many media present and announcing the next initiatives.

The government has renounced the audacity to guarantee everyone a permit for emergency, convertible into a work permit, limiting itself to temporary permits for those with stringent requirements.

That is to say, it has adapted to the dictates of the security decrees, still in force, still a factory of invisibility.

USB launches a message to the government that defines itself as the new humanism: if there are no answers for all human beings that crowd the countryside and the suburbs, there will be other strikes, other mobilizations, with good peace of the fruit and vegetables. And the next parade will not reach a prefecture, but Parliament.

USB agricultural sector will organize in July a big assembly of all the Italian labourers and the invisibles, open to citizens, consumers, farmers, to be held in Foggiano.