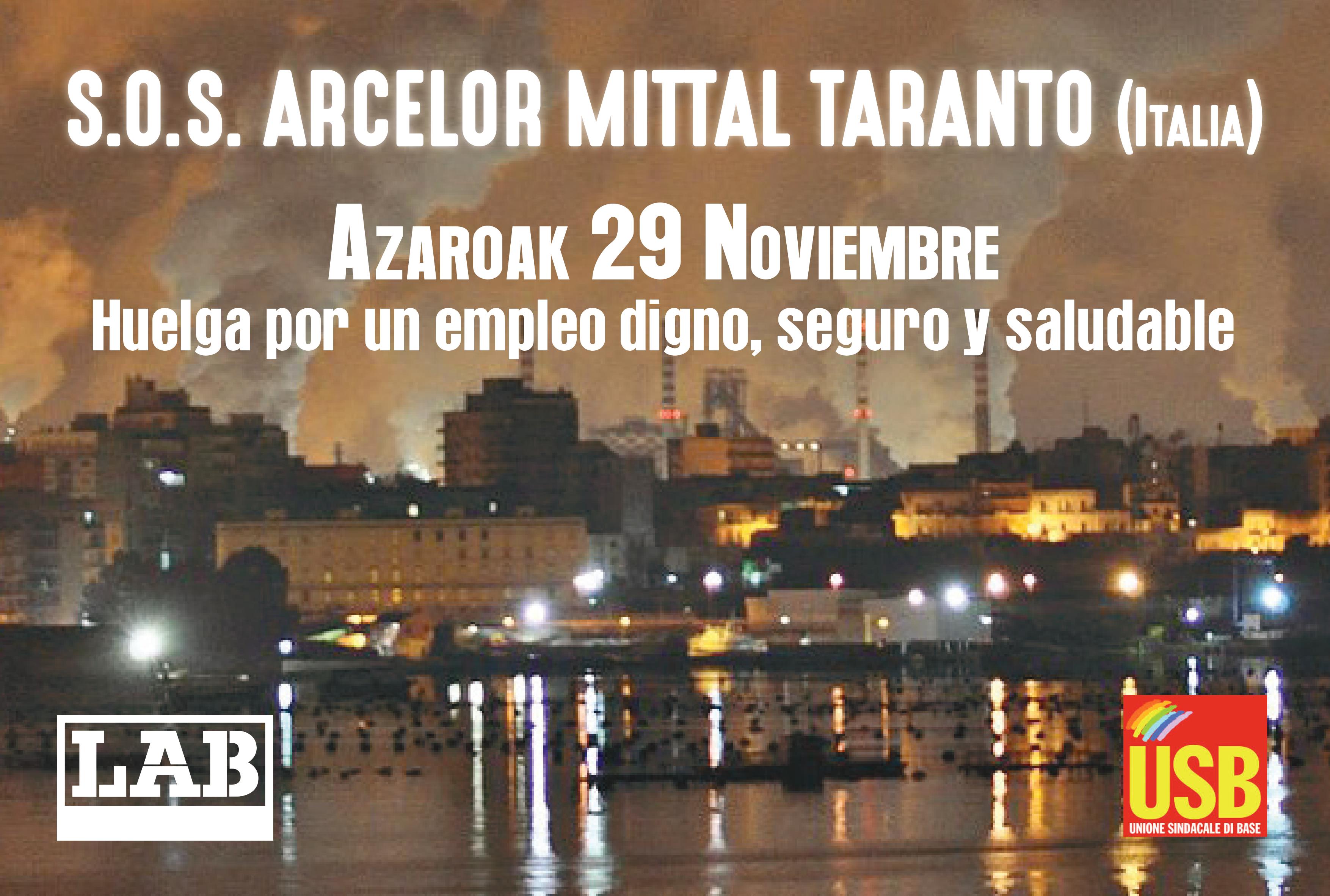 LAB, class oriented trade union from the Basque Country sends all of its solidarity with Arcelor Mittal Taranto workers and specially to the class oriented trade union Unione Sindacale di Base, affiliated as LAB to the World Federation of Trade Unions. Unions Sindacale di Base called for today November 28th assemblies with workers and a 24 hour strike and mobilization day in Arcelor Mittal Taranto.

The multina-national company Arcelor Mittal signed two years ago an agreement to keep the employees in the company (former Ilva and the largest steel production plant in Europe). With the agreement the company guaranteed the employment for the 10.000 workers in the factory. The factory has been devastated from an environmental point of view by years of exploitation.

A few weeks ago ArcelorMittal declared that was leaving Italy, failing to reach an agreement and leaving a situation even worse than the one the multinational had acquired.

USB has proclaimed a general strike and launched an appeal for Italy to return to a true public industrial policy. The Taranto case demonstrates both the umpteenth failure of private individuals, their lack of interest in combining work, safety and health, and the lack of public tools to address an economic crisis, employment and the environment.

We support the struggle to defend our industry, but without any damage to the environment and with decent job conditions. We join the call to fight in the companies and city and villages for a reactivation of one sustainable, and modern industry and with the capacity of creating new and decent jobs.

Finally, from the Basque Country, LAB supports the struggle of Arcelor Mittal Taranto workers. We hope that the November 29th strike will be an Italian working class’ big demonstration of struggle and class dignity. We wish that this struggle will be the necessary leverage to find a solution in this conflict that passes from decent, healthy and safe jobs in the industry sector.