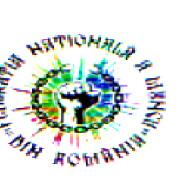 (FNM) - we would like to convey our strong solidarity to USB, the class oriented and revolutionary force

for the nationalization of the strategic sectors and services.

In today’s world, the working class and popular strata in different countries are attacked by imperialism

and capitalism. Together with the other means, this attack is implemented by means of privatizations

many times after the recommendations of the economic organizations such as IMF, World Bank, and the

E.U., which bring nothing for the working class apart from more and more exploitation.

exploitation. In Italy the Governments from many years are an exact example of this process.

In Romania, after 1989, the capitalist governments privatized most of the enterprises and services.

This process has destroyed the national economy, produced mass unemployment (Romania has over 3

million emigrant workers, especially in Spain and Italy, but also in other countries!) Has worsened the

working conditions and collapsed the level of life of the workers.

As the class oriented union movement in Romania, we would like to express our strong solidarity with

the working class in Italy. We know very well that the struggle carried out by our comrades in Italy is, at

the same time, against the yellow unions that are the most stable allies of the capitalists.