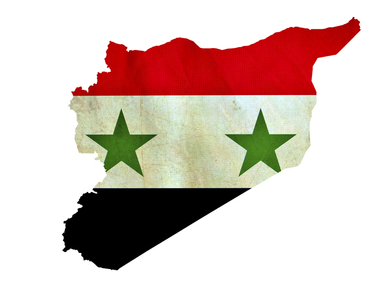 On behalf of Syrian workers and their trade union organization, the General Federation of Trade Unions, we condemn the brutal criminal aggression of the United States of America against Syria, represented in bombing Al-Shuairat airport in the countryside of Homs with a number of American Tomahawk missiles.

This criminal aggression, which comes on the wake of the play led by hostile media exploiting lies, incitement and falsifying the facts about what happened in Idlib, is nothing but a new crime against people of Syria. This aggression comes under the crimes committed by America and its allies, Israel and their cheap tools in the region, represented in supporting, financing and arming terrorist murderers who terrorize Syrian Arab people and daily commit the most heinous crimes targeting humans and stones. Those who deserve the maximum punishment according to international law.

This new aggression launched by America, comes on behalf of the Zionist entity in order to give additional support to the armed terrorist gangs, who receive today heavy blows wherever they exist by the heroes of Syrian Arab Army along with allied and companion forces.

It is time for the world to realize the danger of practices of reactionary Arab regimes, especially Gulf regimes, Turkey and Zionist entity led by the United States, by supporting these criminal terrorists, facilitating their entry into Syria and providing them with all logistical support, financing and armament, the matter that increases the risk of terrorism on all countries all over the world and threats international peace and security.

Glory to the souls of martyrs of Syria..

Shame on conspirators and their supporters, the United States and Zionist entity…

Aggression of those will only increase our firmness, steadfastness, embracing of our brave armed forces and stand behind our courageous leadership until our objectives are achieved in defeating terrorism and its supporters to the last inch of pure land of our country which is blessed by blood of our martyrs…