Continuing the commitment is against war and for peace, that the USB has taken in front of the unions and the people of Ukraine, the Donbass and Lugansk. 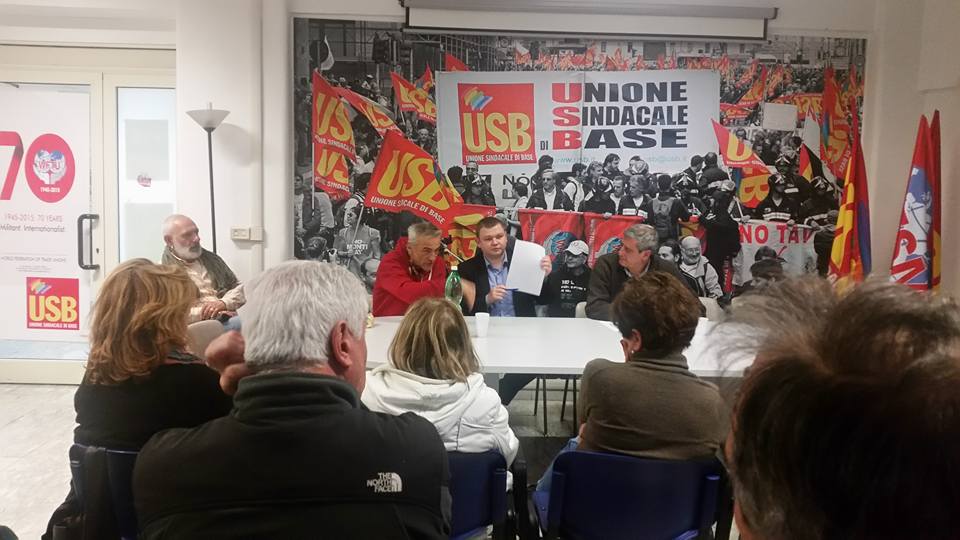 USB together  the Internationalist Antifascist Convoy and Banda Bassotti have organized a tour of conference  with a comrade survived at the massacre at  the Trade Union House in Odessa. The first meetings held in Rome and Naples, were well attended, confirming the anti-fascist sensibility and strong concern about the winds of war raised by NATO on the eastern side and the Mediterranean.
The Comrade told  the fascist attacks in which more than 50 people were murdered, most of them were elders and women without any possibility to defend themselves. He explains that the practices and the strategy of the attacks was planned from time  and it was conducted with an army strategy. A method already saw during the putsch of  Maidan
The situation in Ukraine after the coup of Maidan is very harsh, poverty and unemployment, growing, together with inflation to the overall growth of prices. At the same time the civil and democratic freedoms are systematically attacked with legal and illegal means, with the aim to stamp out any opposition to the reactionary regime and it allied  EU .
The meetings were concluded by reaffirming the common intent to strengthen the class solidarity and the common struggle against fascism and the predatory War promote by NATO countries.