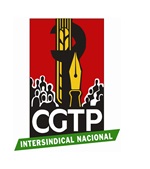 On behalf of the workers and trade unions we represent in Portugal, we convey our solidarity with the workers of Italy and with the USB for your Strike in the Public Services on November 20th, in response to the attack Italian workers are suffering on their wages and pensions, as well as increased privatizations of Education, Healthcare, Social Security and a new attack on trade union rights, notably the right to Strike.

In Portugal we have been fighting over the last years against the troika measures and similar attacks on social and labour rights.

At the moment we are fighting to demand the nomination by Portugal’s President of a new government, supported by a Parliament majority.

We wish you success in your strike.