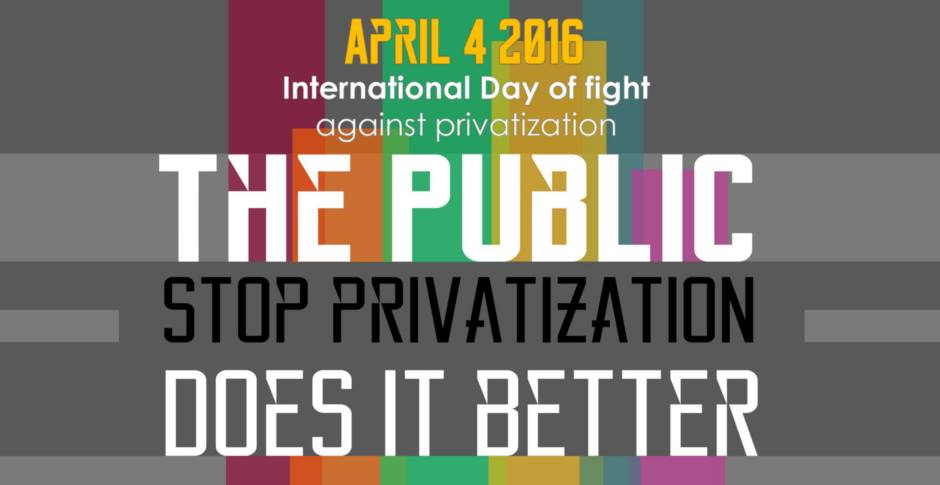 In many countries and in all continents a lot of class oriented trade unions, members of the World Federation of Trade Unions, responded positively to the appeal launched by TUI Public Service S & Allied for an international day of fight against privatization.

Rallies, demonstrations, meetings, Sit-in, debates have animated this day across Europe but also in Latin America, Africa and Asia.

The fight against privatizations is directly fight against capital and transnational corporations that want to get their hands on each country's strategic sectors, from energy to water, from transport to health and education.

With these initiatives now we began to give a unity answer. From today we are stronger in each country to keep fighting.