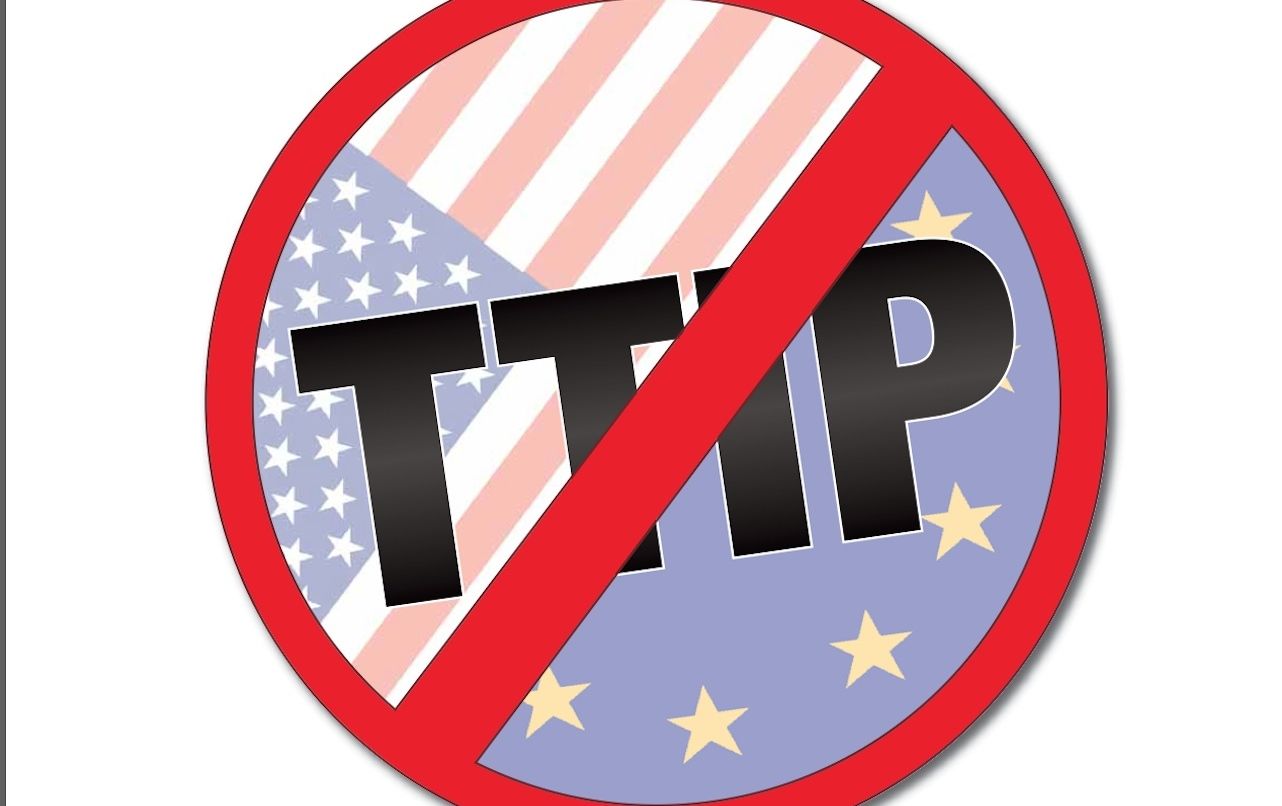 Last week in Bruxelles, the negotiations for the TTIP have been re-lauched, aiming to create a transatlantic area of liberal market without customs and legislative barriers between the EU and the USA.
This is the 12th meeting between the Europeans delegations and the American one, after that last meeting (placed in the USA last autumn) ended with no news. It is clear that the governments of the EU zone are skeptical in signing such an agreement, because it will give more advantages for the American economy rather than the European one. In fact, the 70% of the USA investments in the UE are financial affairs, and this dimension has been excluded from the TTIP agreement.
The official aim is still that to “harmonize” the commercial barriers, that means to adapt the legislations of both partners.  In fact, in practice, there are no more customs barriers, while the “non-customs” barriers (the legislations against the liberal market) can be still discusses.
Here the path for the approval of the TTIP: the EU Commission will approve the document; than the Ministers Council and the EU Parliament will do the same; that each member State will endorse the agreement too. Nevertheless, the all scheme could be dismissed if one single member State rejected the document!
This is a hard game. The USA and the EU stand together for the 45% of the world trade market, and in this game they will define which of them will benefit more from this Treaty.
A new element is entering in the TTIP game: China and India (in the middle of the world trade market) are approaching other countries, such as South Africa, Nigeria, Indonesia. Consequently, USA and EU must define some standard, in order to influence the countries choices.
In addition, EU is thinking about recognizing the global value of the Chinese trade economy on the world scenario and next December, the 15 years of examination will end. This reorganization, could bring to delay the taxes imposed on the Chinese export.
The possibility that the Great Brittan exit from the EU (the “Brexit), is as well another important issues on the decisions about the TTIP.
Last but not least, the war is also influencing the discussion on the TTIP: the signature of such an economical “alliance” will means to reinforce also the NATO power of the geopolitical decisions. The USA needs EU in order to manage the war scenarios in Syria, Lybia, Ukraina and since long time the European leaders show to dislike the USA role of “first among equal” (“primus inter pares”) on the NATO. From one side, they are asking to promote more equilibrium into the NATO, while from the other side, they are incrementing their technological and military independence (e.g. the satellite project “Galileo”, or the European drone).
The international climate is warring both USA and EU and the negotiations are difficult. Both partners should made some concessions but now this is even more difficult, because of the electoral campaign of the USA.
The key issue is the agriculture, not because of economical issues, but because of the qualitative standards: in the USA, for example most of the cultivations are GMO, while in the EU many products markets are based on the AOC and PGI chain of custody. Another example, regards the different disinfection procedures, or the mine extraction methods, which are said to pollute groundwater resources. All the productive sectors (from food, medicine, energy, chemistry, etc) but also all the related rights (such as education, heath care, pensions, etc) could be subjected to further privatizations and maybe sold out to any big financial corporation, but also the workers’ rights, the national contracs, the environmental legislation, etc. could be also change with the signature of the TTIP.
In EU, the political situation will be characterized by the French and German elections in 2017; In the Great Brittan the referendum campaign  for the “brexit”  has already started; The huge demonstrations last November in Berlin against the TTIP; all these factors need to count on the signature of the TTIP!
We need to give a clear and determinate answer. We need to be promoters of another vision of the reality, and this means to give force and support to a project to radically change the choices of both imperialistic poles, but mostly those of the EU.
The USB will promote and support any demonstration that will be planned on this issue, and will involve all the other Europeans federations of the World Trade Federation Union (WTFU).