A gift for the 17 years of Ahed Tamimi 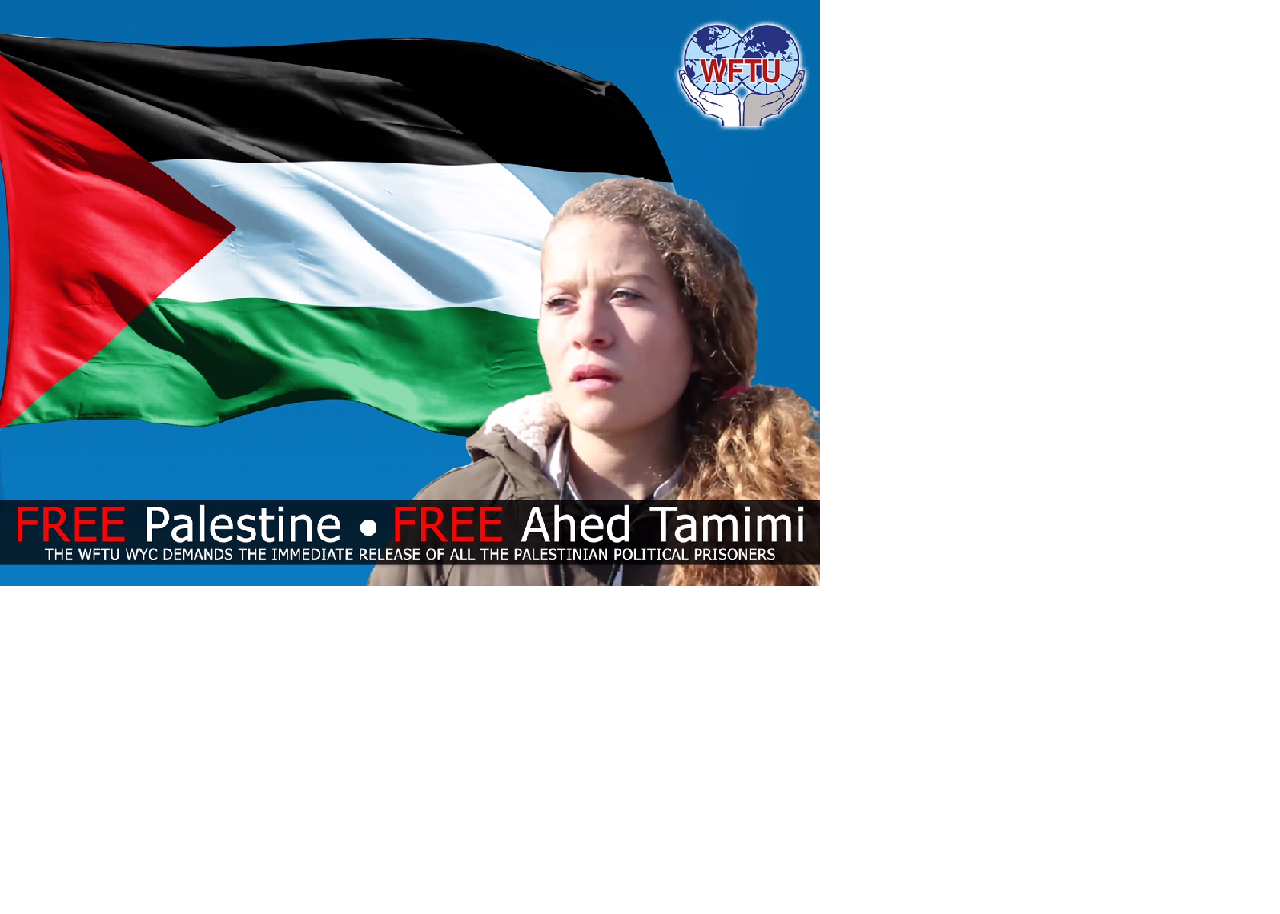 The Palestinian girl who became a symbol of the Resistance of her People to the Israeli occupation, will turn 17 on January 31st.

Having been confirmed her detention until the trial, she won t be able to  celebrate her birthday, because she will spend it in prison.

Indeed, between the prison and the court having been set for that day the trial against her.

In defiance of Article 66 of the IV  Geneva Convention, she will be tried in Israeli territory by a military tribunal. So as gift for her 17-year-old Ahed Tamimi will receive from the so-called "only democracy in the Middle East": a conviction.

All the free men and women of the world join the Palestinian people in expressing their solidarity with Ahed, assuring their  that they  will not desist from the struggle for her liberation, that of the minors and of all who are locked up in Israeli prisons for having fought against the foreign state that has been improperly occupying its land for 50 years and now plainly manifests the claim to annex it.

USB stands by the side of Ahed Tamimi and demand the immediate release of the 17-year-old.

USB stands by the side of Palestinian people  and strongly

condemns the oppression against the Palestinian people.