A bridge along Italy connecting our fights: 23rd of June a day of two big demonstrantions: Piacenza and Reggio Calabria 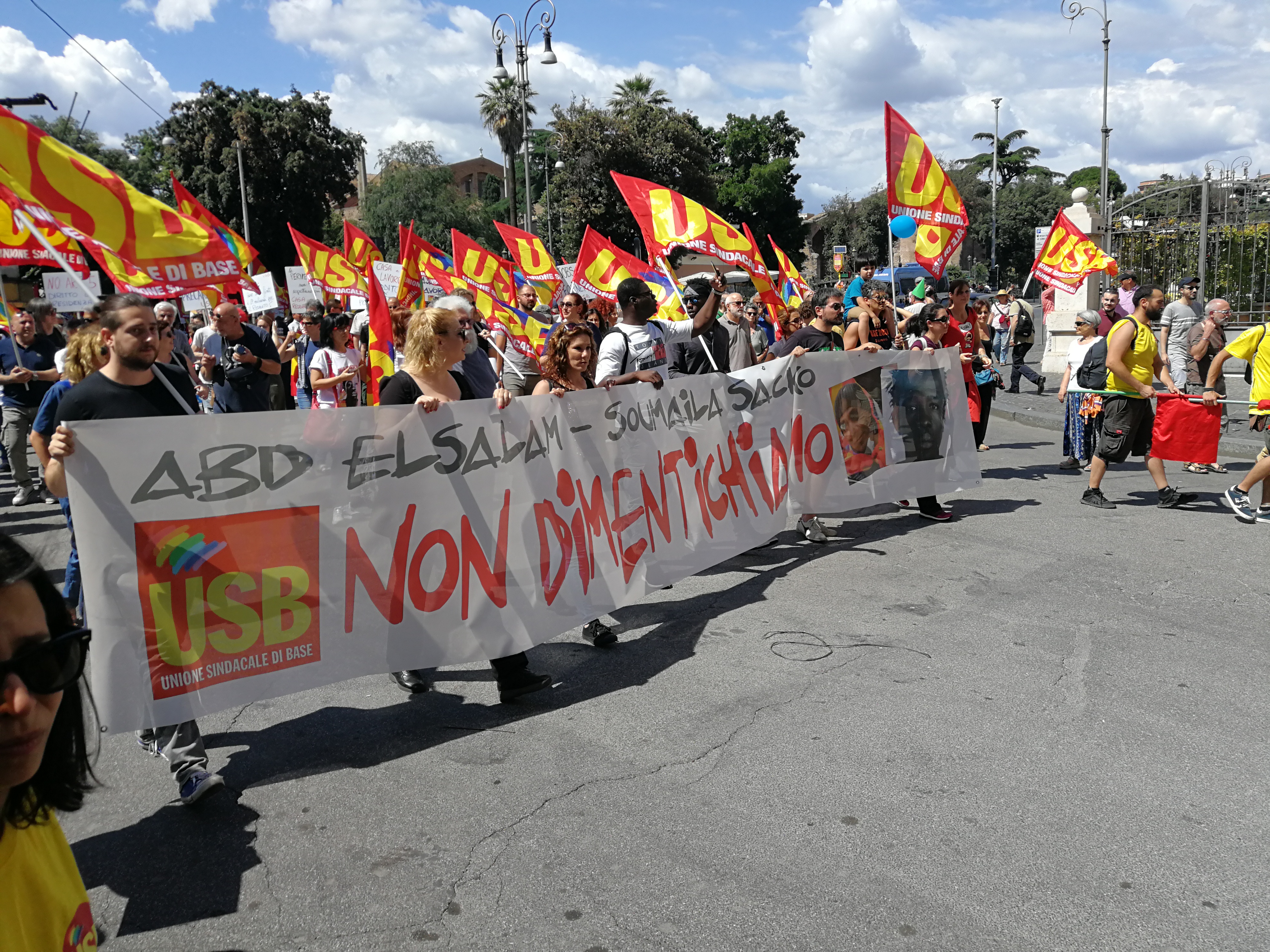 A bridge along Italy connecting our fights: 23rd of June a day of two big demonstrantions: Piacenza and Reggio Calabria

After the big demonstration of last 16 of June in Rome, where twenty thousand people responded to the appeal of USB to demonstrate against the inequalities and reactionary policies of the "Salvini government".
A mixed, combative and colorful procession, opened by the banner with the slogan "first the exploited", workers from pubblic and private sectors, pensioners, unemploied, youngs, women, migrants have crossed the streets of Rome.
The demonstration along the way has punctuated key words in memory of Soumaila Sacko, the union representative of the USB workers on June 2 in Calabria, and Abdel Salam, killed in Piacenza during a picket for one of the many fights of logistics. Very harsh words and slogans against the economic and social policies of this government, now flattened on the reactionary figure of Matteo Salvini.

Next saturday, 23rd of June, USB calls for two demonstrantions, one in Piacenza and one in Reggio Calabria. Two important places for the hard conditions of workers (logistics in Piacenza and laborers in Calabria) and for the struggles that USB is carring out, two places where  the hardness of the clash led to the killing of two of our comrades, and the repression against our delegate and comrades that fight is terrible.

A bridge of struggles along Italy: in Piacenza on 22nd there will be the logistic sector strike and on 23rd a general demostration to stop repression against the fighting workers of the logistics and against caporalato and black work, in Reggio calabria truth and justice for our comrade Soumaila Sacko, home income and rights for all, against caporalato and black work.

UNITE we are all
USB