Greetings from USB School Workers to the 18th Congress of FISE 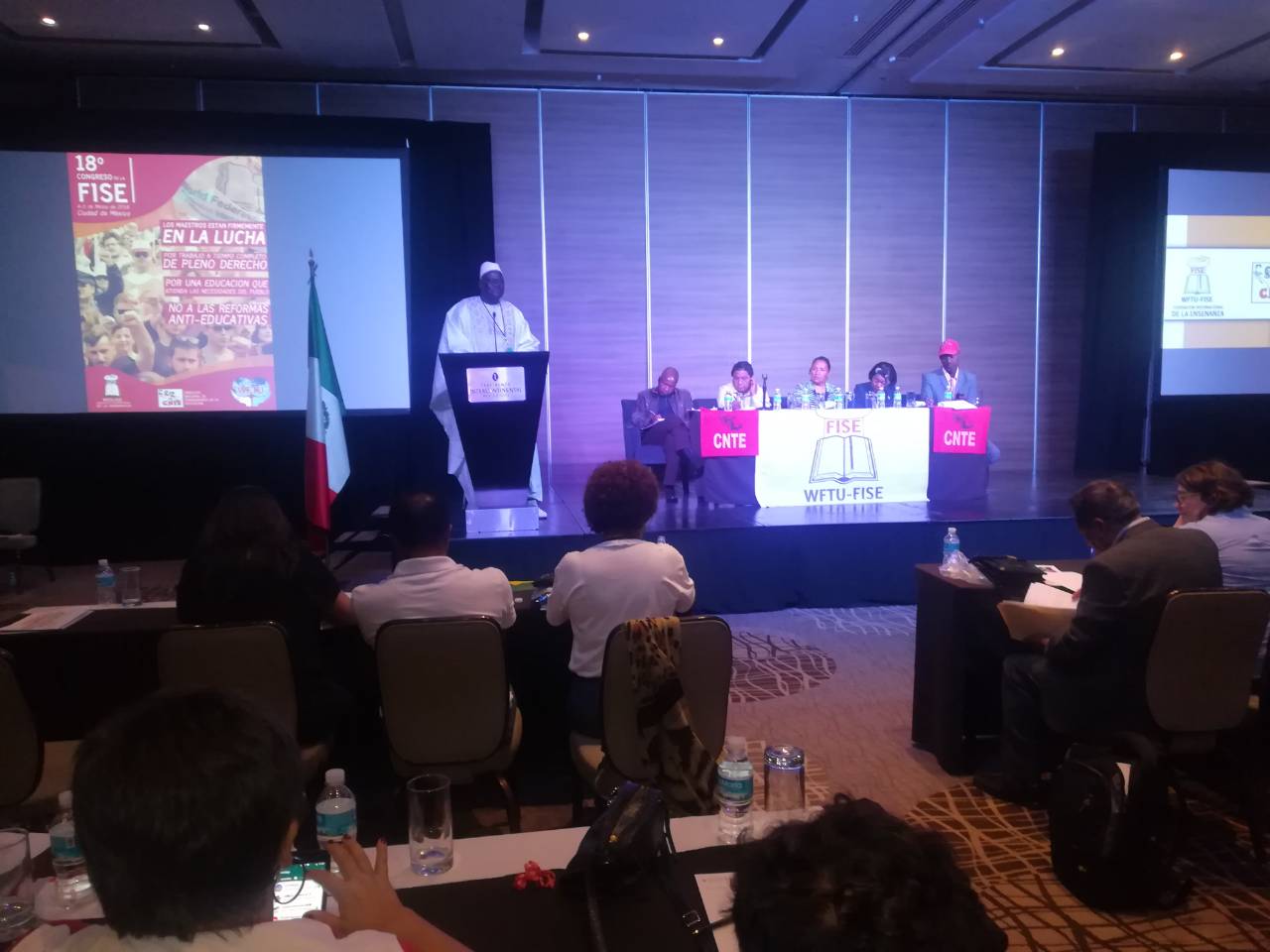 Unfortunately, we cannot be in Mexico City with you all, but it is important to us to send you this short greeting. While you discuss, here in Italy the general elections are ending and we’re waiting for the results of the poll.

It’s not very difficult, however, to predict the features of the next government, in all aspects similar to many other European governments, in Italy and in other Countries: loyal executors of European directives and instruments of the imperialistic construction that is making of the Old Continent one of the economic, political and military poles of global competition, in line with the never extinct colonial and racist vocation that has been characterizing it for centuries.


To be a general, class and mass Trade Union, as USB tries to be, structured in all the working sectors and, among these, in school, we must be aware that we are working in the heart of the imperialistic citadel.

Today the State doesn’t mediate the conflict in any way and becomes, in those countries where Capitalism is mature, a subject of profit itself (Profit State or Stato SpA1 as we call it):
This economic and political centralization creates a deep transformation in the educative systems that have to adapt to the needs of the productive system, that requires labour force to be flexible and ideologically ready to face a structural precariousness, and aim to become places of extraction of surplus value themselves. In Italy this transition happened with the approval of Law 107, the so called “good school”, which obliges students of the last three years of high school (16, 17 and 18 years old) to carry out “alternation school-work” activities, insists on teaching competences (to the detriment of knowledge), centres on evaluation and meritocracy, the real load-bearing axis of European politics on education. Against this system, USB keeps fighting, serving a function of political and union organization, education and orientation no one else is able or willing to carry out in Italy today.


That is why our argument cannot be limited to the necessary defence of school workers, but it must set the political question of the social duties that School can and has to carry out in the perspective of social transformation. This requires us to take charge of a battle for hegemony, a politico-cultural battle addressed to our colleagues, students, families and the whole society.


The international and internationalist dimension becomes decisive to this struggle, since it links us to the perspective of other Countries, Cuba first, but also Venezuela and Bolivia that invested in the alphabetization of masses and on culture as the real wealth of a Country as crucial features of class struggle. In the same time, this view must bring to a reinforcement of the links among all the adversarial unions that in Europe are out of the compatibilities and recognize the need for a Mediterranean integration based on solidarity and equality among Countries and their workers.


The struggles of the School Workers created great mobilizations in Mexico, Chile and many other Countries in the last years, and remind us that Education must be a universal right to stand up for, in an organized context of more and more coordination among the members of FISE.


We pay close attention to the results of the Congress and we commit ourselves to build moments of theoretical, political, union and cultural exchange that are increasingly needed to strengthen an adequate internationalist opportunity of social transformation.