15 May in Italy: a river of internationalist solidarity alongside the Palestinian people 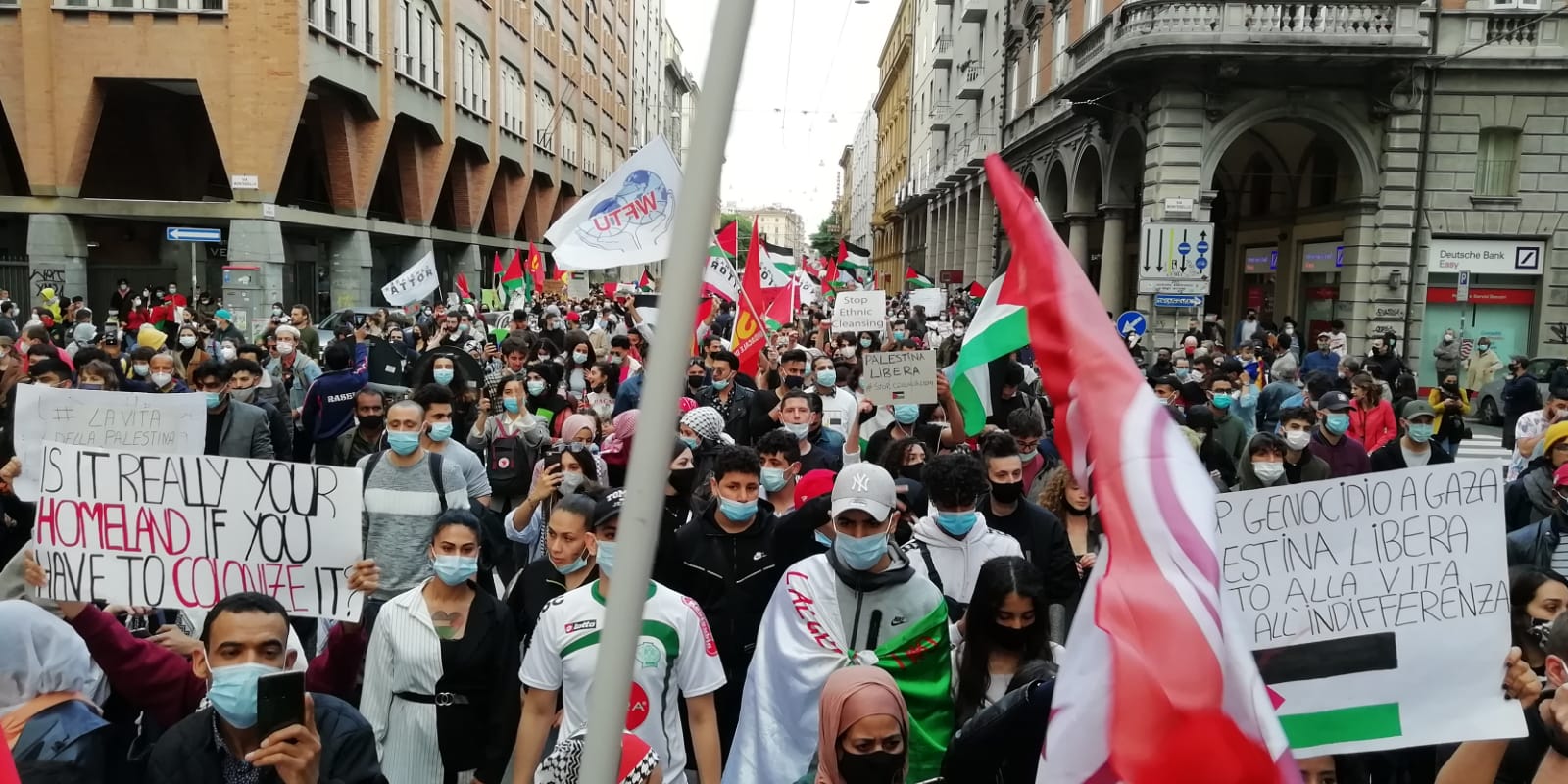 On Saturday 15th May, thousands and thousands of people united in support of Palestine in many squares across Italy.

It has been years since we have seen such participatory demonstrations in solidarity with Palestine. USB was in all the squares with its members and delegates, under the flags of Palestine and the FSM, to affirm solidarity with the Palestinian people, with their resistance, to claim their right to exist and to be free, to stop the bombing of Gaza and the ethnic cleansing in Jerusalem and the West Bank, on the day that commemorates the Palestinian Nakba, the forced expulsion of tens of thousands of people from Palestine in 1948.

The message of these demonstrations is clear: the Palestinian people are not alone and the peoples are telling the institutions, the parties and the European Union CRIMINAL!

Supporting the colonialist policy and the military machine of the State of Israel while continuing to deny the reasons of the Palestinians is a criminal act.

On this day of mobilisation, another strong signal of internationalist solidarity came from the port of Livorno, where dockers organised by USB refused to load ships carrying arms to Israel.

All the demonstrations on this great day of support for the struggle for the liberation of the Palestinian people are also intended as a response to the leaders of the Italian political parties who, all together, stood on 12 May to support Israel and its colonialist and genocidal policies.

If the Italian government, its constituent parties and the right-wing opposition are still making themselves accomplices of Israeli policy, a very clear message came from Italy on 15 May: not in our name, we stand by the Palestinians.